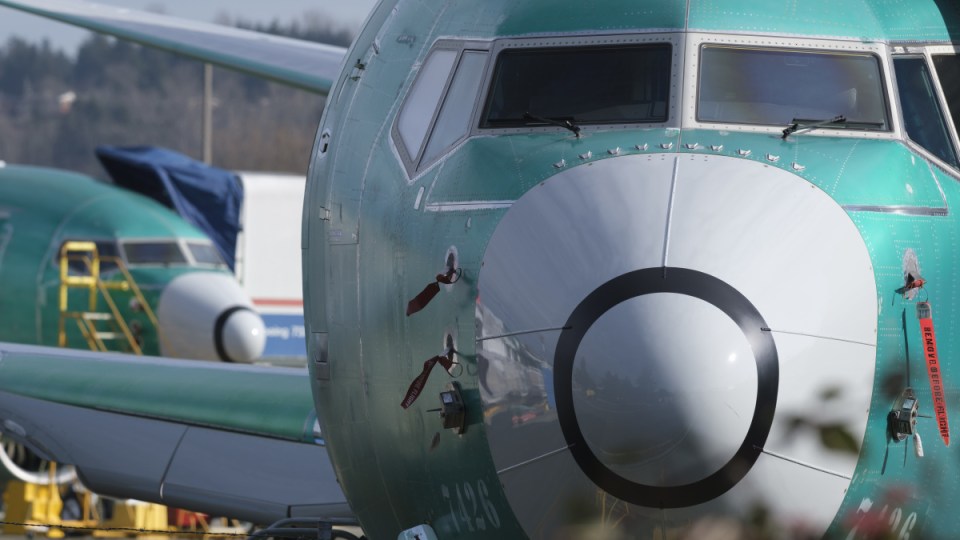 A new software flaw was discovered on the grounded Boeing 737 MAX but the company and regulators believe it won't result in big delays. Photo: Getty

Flight testers have discovered another flaw in the software of Boeing’s grounded 737 MAX, the plane that suffered two fatal crashes.

However, the company and the top US aviation regulator said the issue most likely could be fixed without extending the target date for the plane’s return to service.

US Federal Aviation Administrator Steve Dickson mentioned the new flaw at an airline industry event in London, but said he did not think it “will be a significant delay” in the aircraft’s return.

The 737 MAX was grounded in March after two crashes killed 346 people.

Boeing has had several setbacks in its efforts to update software that played a role in both crashes and win approval for the jets to fly again.

In January, the FAA and Boeing said they were reviewing a wiring issue that could potentially cause a short circuit on the grounded 737 MAX.

The new issue involves an indicator light associated with the stabiliser trim system that incorrectly illuminated in the flight deck during testing.

Boeing said in a statement it was working on an update to ensure that the light “only illuminate as intended.”

It said the issue will not affect its mid-2020 estimate for the plane’s return to service.

Mr Dickson, the US regulator responsible for approving 737 MAX updates, said a key certification flight might take place in the next few weeks, though it could depend on how Boeing resolves the new software issue.

He said that international air safety regulators were likely to agree on the design fixes needed for the return, but cautioned against any definitive timeline.

Boeing has said its best estimate is that the aircraft will not be back in the air until mid-2020, after endorsing simulator training for pilots before flights resume, and that regulators will determine the timing.