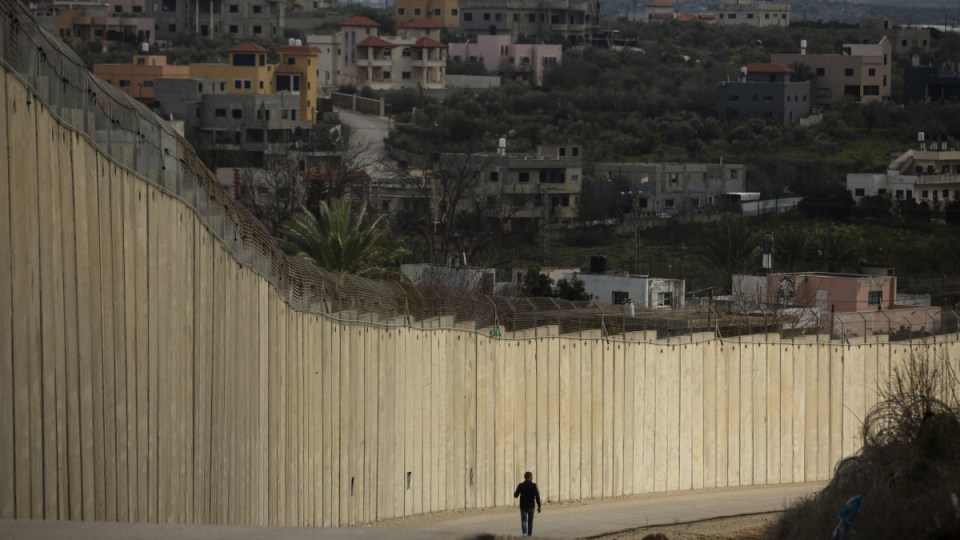 A man walks near the Israeli West Bank barrier as the Palestinian village Naslat Isa is seen on the other side of the barrier. Photo: Getty

The European Union has rejected parts of the new US peace plan for the Middle East, saying the plan broke with “internationally agreed parameters”, and any Israeli annexation of Palestinian land would be subject to challenge.

It would give Israel most of what it has sought during decades of conflict, including nearly all Palestinian land on which it has built settlements.

The EU, which often takes time to respond to international developments because of a need for unanimity among its 27 members, had said last week that it needed to study the Trump plan before it would give its verdict.

It made its conclusions public on Tuesday in a statement from EU foreign policy chief Josep Borrell.

“To build a just and lasting peace, the unresolved final status issues must be decided through direct negotiations between both parties,” Mr Borrell said, noting the issues of the borders of a Palestinian state and the final status of Jerusalem were among those still in dispute.

“The U.S. initiative, as presented on 28 January, departs from these internationally agreed parameters,” Mr Borrell said.

Steps by Israel to annex Palestinian territory, “if implemented, could not pass unchallenged,” Mr Borrell said.

Mr Trump’s plan includes a lengthy timeline for the establishment of the Palestinian state and envisions limited sovereignty.

The fledgling state would be surrounded by Israel, with Jerusalem under Israeli control, while granting all religious groups access to their holy sites.

Mr Borrell stressed in his statement that the Israelis and Palestinians must negotiate directly on issues related to borders, the status of Jerusalem, security and the refugee question.

EU policy in the Middle East tends to be cautious, as the bloc includes members with varying degrees of sympathy towards the Palestinians and Israel.

Some EU members have already recognised a Palestinian state, although the bloc as a whole says this is a matter to be resolved in peace talks.

The EU condemned Trump’s decision in 2017 to recognise Jerusalem as Israel’s capital, saying Washington had compromised its position as a mediator for peace.