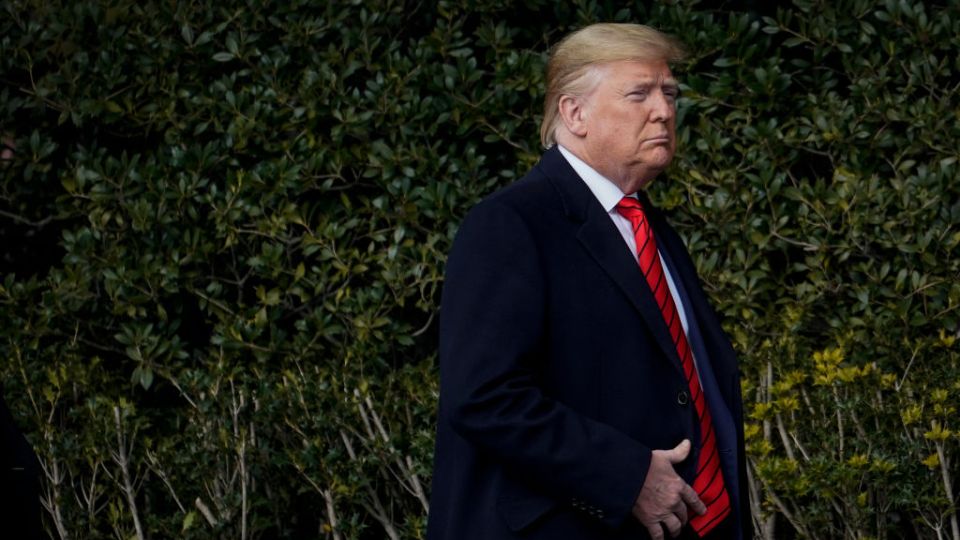 Donald Trump was not at his Mar-a-lago property when security fired shots at an intruder. Photo: AAP

Officers have fired shots at a vehicle that breached security at US President Donald Trump’s Mar-a-Lago resort in Florida.

The Palm Beach County Sheriff’s Office said two people were taken into custody. There was no word on any injuries.

The president was not at the resort at the time, although he is scheduled to arrive there later on Friday.

According to the sheriff’s office, a black SUV being pursued by the Florida Highway Patrol breached security about 11.40am local time on Friday at the main entrance of the resort.

Officers fired shots and the SUV raced off. It was pursued by the Highway Patrol and a sheriff’s office helicopter.

The sheriff’s office said the SUV was later found and the two people were taken into custody. The Secret Service said it would hold a news conference later on Friday.

Mar-a-Lago has been the scene of several intrusions since Mr Trump became president.