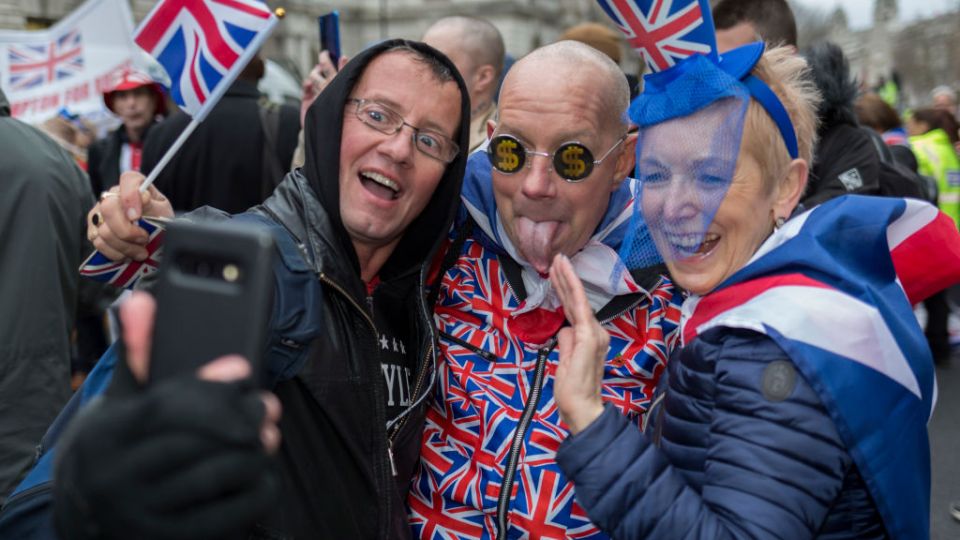 According to Turnbull, Murdoch's media outlets whipped up a racist and nationalistic frenzy that took Britain out of the EU. Photo: Getty

The United Kingdom is celebrating ‘Brexit Day’ with a mixture of joy, anger and indifference, casting off into the unknown in one of the biggest blows yet to Europe’s attempt to forge unity from the ruins of World War II.

The EU’s most powerful leaders, German Chancellor Angela Merkel and French President Emmanuel Macron, cast Brexit as a sad moment that is a turning point for Europe.

The EU warned that leaving would be worse than staying.

In the UK’s most significant geopolitical move since it lost its empire, the country turns its back on 47 years of membership and must begin charting its own course for generations to come.

At the stroke of midnight in Brussels (10am Saturday Australian daylight savings time), the EU will lose 15 per cent of its economy, its biggest military spender and the world’s international financial capital – London.

The Brexit Bells are ringing in parliament Square!! #BrexitDay pic.twitter.com/Bhd7d2dcvr

Some EU supporters were mocked by a larger group of Brexiteers nearby chanting “Bye-bye EU” and “Shame on you” to the tune of Auld Lang Syne.

“This is the moment when the dawn breaks and the curtain goes up on a new act,” said Johnson, one of the leaders of the “Leave” campaign in the 2016 referendum.

“It is a moment of real national renewal and change.”

Mr Johnson planned to celebrate with English sparkling wine and a distinctly British array of canapes including Shropshire blue cheese and Yorkshire puddings with beef and horseradish.

In Brussels, Britain’s Union Jack was lowered at the EU council building and the bloc’s circle of 12 stars on a blue background was removed from outside the British embassy.

The final parting of the EU’s most reluctant member is an anticlimax of sorts, with little to change until the end of 2020.

By then, Mr Johnson has promised to strike a broad free trade agreement with the EU, the world’s biggest trading bloc.

Ms Merkel warned the negotiations “certainly won’t be easy”, cautioning London that if it deviated from the EU’s rules then its access to the EU’s market would be limited.

Mr Macron said Britain could not expect to be treated the same way as when it was part of the club.

“You can’t be in and out,” Mr Macron told the French in a televised address.

“The British people chose to leave the European Union. It won’t have the same obligations, so it will no longer have the same rights.”

Celebrations on ‘Brexit Day’ as the UK officially departs EU