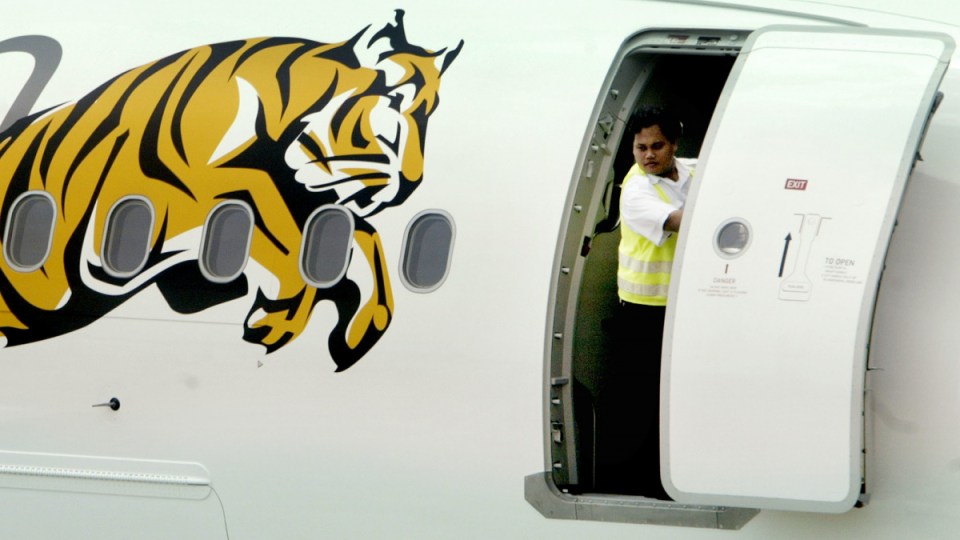 Passengers aboard a Tiger Airways flight from Melbourne to the Gold Coast may have been exposed to the coronavirus. Photo: AAP

Fears are growing for the spread of the coronavirus in Australia after a tourist infected with the deadly disease caught a domestic flight with 200 other passengers.

The 44-year-old Chinese man is in a stable condition in Gold Coast Hospital. But four others from his tour group, among them children, are being tested for the lethal virus.

Authorities are trying to contact almost 200 other people who shared the sick man’s Tiger Airways flight from Melbourne to the Gold Coast on January 27.

The sick tourist came from Wuhan – the Chinese city where the coronavirus outbreak started – and landed in Melbourne on January 22. There were eight people in his tour group.

By the time he flew to the Gold Coast, he had started to exhibit symptoms of the potentially deadly virus. He got steadily sticker during his stay in Queensland, reportedly at Broadbeach.

He took about 24 hours to call an ambulance and be taken to hospital, where tests revealed he had the virus.

Queensland’s chief health officer Jeannette Young said on Thursday that four others in the man’s group were also ill.

“There are eight other people who were in that tour group and they are all currently in isolation in the Gold Coast University Hospital. Four of them are unwell and being tested today,” she said.

“We’ll get those results later today.”

Dr Young said she was most concerned about the people who shared the man’s flight or had contact with him on the Gold Coast.

“My concern is the 150 to 200 people on that plane when he started getting symptoms, and then the 24 hours in the community on the Gold Coast,” she said.

Health Minister Steven Miles said anyone who on Tiger Airways flight TT566 on January 27 should contact Queensland Health for advice, but said there was no need for panic.

Tiger Airways said it was contacting affected passengers and crew members, and would direct them to see their doctors.

Passengers on Tiger Airways flight TT566 arriving on the Gold Coast in the evening of 27 January 2020 are urged to contact 13 HEALTH for advice.

A passenger became ill on this fight and has now been confirmed to have the novel Coronavirus. #qldpol #auspol

The tourist is one of seven confirmed cases of coronavirus in Australia. There are also four cases in NSW and two in Victoria.

Victoria’s second confirmed case is a man in his 60s who had visited Hubei before dining at a suburban restaurant with his family on January 26.

The man’s family has been isolated with him. One has already tested negative for the virus, while the children are being kept from school.

It also emerged yesterday that two Australians in China had tested positive for the deadly coronavirus.

Health Minister Greg Hunt said the pair were in Guangdong province. They were being treated and had not yet sought consular assistance.

China has confirmed more than 7700 cases of coronavirus and nearly 170 deaths, mostly in Hubei. Other cases have been confirmed in Thailand, Singapore, Taiwan, Japan, Malaysia, the US, South Korea, France, Germany, Canada, Vietnam, Nepal, Cambodia and Sri Lanka.

The escalating spread comes as the federal government continues to work on an evacuation plan for up to 600 Australians, including about 100 children, who are stranded in Wuhan.

The government wants to fly the stranded Australians to Christmas Island for a fortnight of quarantine before they can return home.

The World Health Organisation will meet on Thursday night (Australian time) to decide whether the outbreak of the lethal virus is a global emergency. The WHO has already voiced “grave concern” about the increasing person-to-person spread of the coronavirus.

Director-general Tedros Adhanom Ghebreyesus said the WHO was worried by the progress of the virus in Germany, Vietnam and Japan, especially in human-to-human transmission, as well as in China.

“Although the numbers outside China are still relatively small, they hold the potential for a much larger outbreak,” he said.

Official health advice is for anyone who has travelled in China’s Hubei province to self-isolate for a fortnight after leaving the area.

Fears for 200 travellers exposed to coronavirus on Gold Coast flight