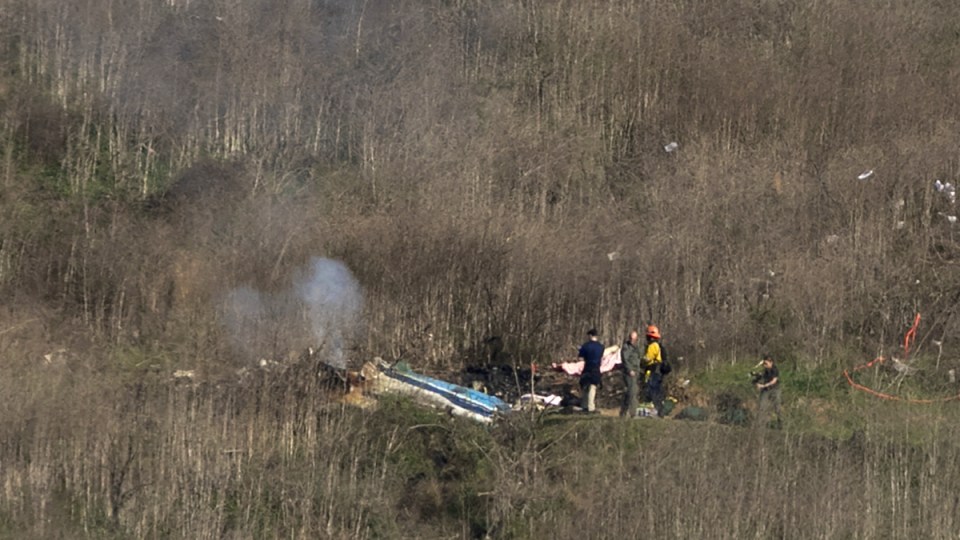 The pilot of Kobe Bryant’s ill-fated helicopter was flying too low to be monitored in fog, air traffic controller recordings show.

Radio traffic audio from just before the crash appears to indicate pilot Ara Zobayan was trying to remain below clouds so he could see the ground and avoid flying on instruments.

At one point, an air traffic controller told Mr Zobayan that “you’re still too low level for flight following at this time”.

Just before the crash, Mr Zobayan told air traffic control he was climbing to avoid a cloud layer.

He was asked what he “planned to do, [but] there was no reply”, US National Transportation Safety Board member Jennifer Homendy said.

“Radar data indicates the helicopter climbed to 2300 feet and then began a left descending turn,” she said.

“Last radar contact was around 9.45 am and is consistent with the accident location.”

The Sikorsky S-76 chopper, Bryant’s private aircraft, slammed into a steep hillside outside the town of Calabasas, about 65 kilometres north-west of downtown Los Angeles, on Sunday. The crash killed all nine people on board, sparked a brush fire and spread debris over 1000 square metres of grassy terrain.

The dense fog, and its role in the crash, came under scrutiny on Monday (local time) as fans, friends and family of the NBA superstar confronted the reality that the charismatic 41-year-old and his 13-year-old daughter, Gianna, were among those who died.

Investigators recovered the first three bodies from the crash site late on Monday. The Los Angeles County Coroner’s Office said on its website that the three bodies had been taken away for identification.

“The search continues in the Calabasas mountainside for the other occupants in the fatal helicopter crash,” the coroner’s office said.

“It’s a logistical nightmare in a sense because the crash site itself is not easily accessible,” he said.

The others on board were linked to the Mamba Sports Academy – which was founded by Bryant – and on their way to a basketball tournament. They were John Altobelli and his wife, Keri, and their 13-year-old daughter Alyssaa; Sarah Chester and her 13-year-old daughter Payton; and coach and mother Christina Mauser.

The ninth victim was Mr Zobayan, who was an experienced former flight instructor who was instrument-rated, or qualified to fly in fog, according to multiple US media accounts.

It has also emerged that the helicopter was given special clearance to fly when other aircraft were grounded due to foggy conditions. That decision will likely be at the centre of the investigation into the cause of the crash.

The Times reported that air traffic controllers gave Mr Zobayan permission to operate under the so-called “Special Visual Flight Rules” so that Bryant could fly his daughter and the other girls and their families to basketball practice his Mamba academy at Thousand Oaks.

Bryant, who won five NBA championships in his 20 years with the Los Angeles Lakers, was well known to travel frequently by helicopter to avoid the region’s glacial traffic.

But conditions at the time of the crash were such that the Los Angeles Police Department and the county sheriff’s department had grounded their helicopters.

Meanwhile, the NBA has cancelled a game scheduled for Tuesday between the Lakers and cross-town rivals the Clippers.

“The decision was made out of respect for the Lakers organisation, which is deeply grieving the tragic loss of Lakers legend Kobe Bryant, his daughter Gianna and seven other people in a helicopter crash on Sunday,” the NBA said.