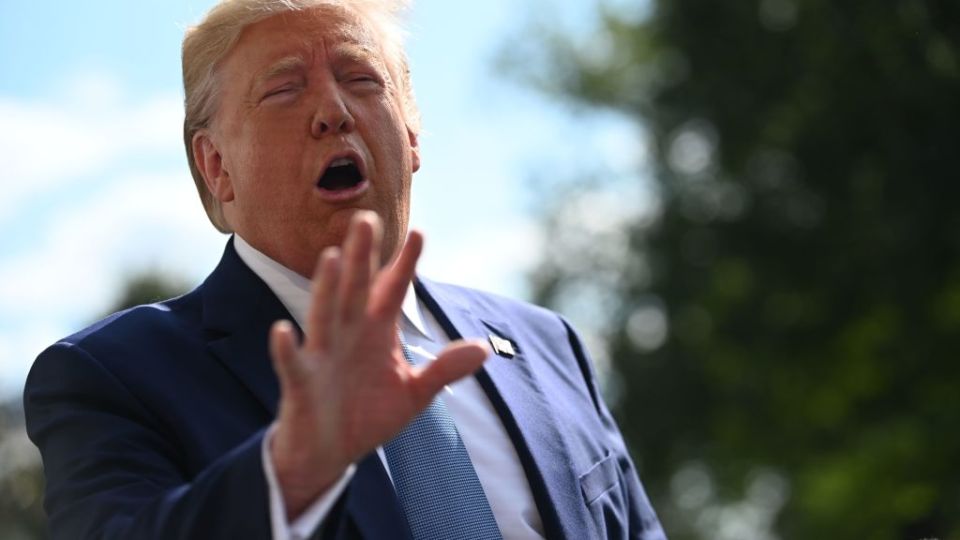 Lawyers for US President Donald Trump have told his Senate impeachment trial that Democrats’ efforts to remove the president could set a dangerous precedent in an election year.

White House Counsel Pat Cipollone, the head of the defence team, told senators they would be denying voters their right to give their opinion on Mr Trump at the November 3 presidential election if they found him guilty and ousted him now.

In only the third presidential impeachment trial in US history, Democrats argued earlier this week that Mr Trump should be removed for encouraging Ukraine to interfere in the election.

The defence turned that argument of election interference against the Democrats on Saturday by warning against removing a president less than 10 months before the American people will vote on whether to give him a second term.

“For all their talk about election interference … they’re here to perpetrate the most massive interference in an election in American history, and we can’t allow that to happen,” Mr Cipollone told senators.

Any fair minded person watching the Senate trial today would be able to see how unfairly I have been treated and that this is indeed the totally partisan Impeachment Hoax that EVERYBODY, including the Democrats, truly knows it is. This should never be allowed to happen again!

The Democratic-led House of Representatives impeached Mr Trump last month on charges of abuse of power and obstruction of Congress, setting the stage for the trial in the Republican-led Senate.

Mr Trump is expected to be acquitted in the Senate, where a two-thirds vote is required to convict and remove a president from office.

No Republican senator has voiced any support for Mr Trump’s ouster.

The main focus of the Democrats’ case is a phone call last July in which Mr Trump pressed Ukrainian President Volodymyr Zelenskiy to investigate Biden on unsubstantiated corruption allegations.

Democrats contend Mr Trump was trying to find dirt on Biden and his son Hunter Biden, who had served on the board of a Ukrainian gas company, to help the president win a second term.

Democratic Representative Adam Schiff, the head of the prosecution, told senators this week that the campaign of pressure on Ukraine was a “corrupt scheme” in which Mr Trump also temporarily froze almost $US400 million ($586 million) in military aid to Ukraine.

Mr Trump is also charged with obstructing Congress by telling administration officials to ignore requests to testify or produce documents for a House inquiry into the Ukraine affair.

Mr Cipollone said taking Mr Trump off the ballot in November would mean having to “tear up all of the ballots across this country on your own initiative, take that decision away from the American people”.

“They are asking you to do something very, very consequential and, I would submit to you … very, very dangerous,” he said.

In wrapping up the opening arguments on Friday, Mr Schiff warned that Mr Trump would abuse his power again unless he is removed from office.

He urged Republican senators to show “real political courage” and support a Democratic motion later in the trial for more witnesses.