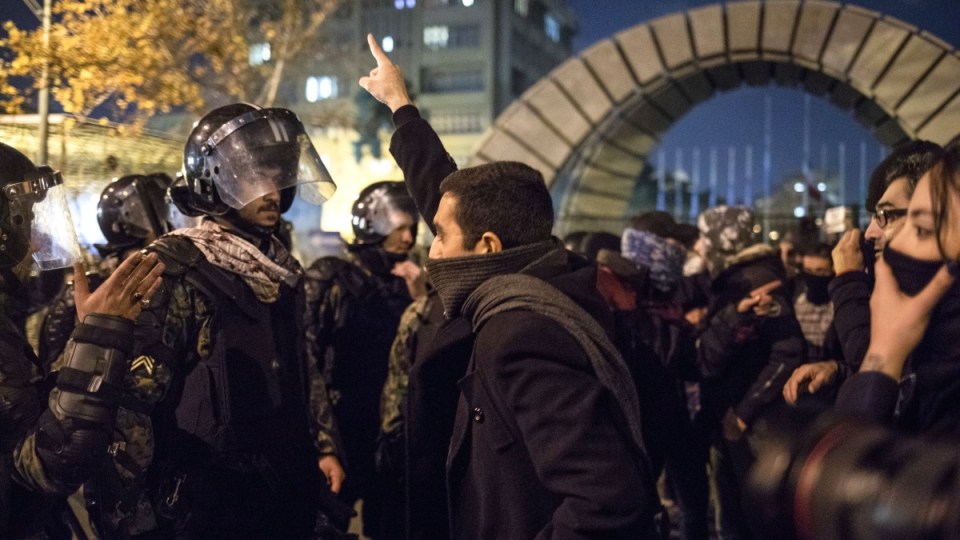 Crowds of Iranians furious over their military’s accidental shooting down of a Ukrainian passenger plane have protested for a third day.

Demonstrators have angrily condemned Iran’s clerical rulers and their handling of the tragic plane crash, which killed all 176 people on board including 57 Canadians and a number of Iranian dual nationals.

The Ukraine International Airlines flight crashed on January 8, shortly after takeoff from Tehran’s airport, amid escalating violence between the United States and Iran.

Tehran had repeatedly denied it was responsible until it finally emerged the Iranian military had shot a missile at the plane by accident.

Iran’s president Hassan Rouhani called last week’s downing of the Ukrainian plane a “disastrous mistake”, and said its air defences responded in error while on alert after Iran carried out missile strikes on US targets in Iraq.

But a late admission of responsibility is not enough to calm the hordes of protesters.

Video filmed in Iran showed students on Monday chanting slogans including “clerics get lost!” outside universities in Tehran and the major city of Isfahan.

Third day of protests in Iran following admission of govt in downing of Ukrainian jet. Students at Sharif University of Technology in Tehran. “They killed our elites, and put mullahs in their place,” they chant pic.twitter.com/azdxLEuXWO

It is difficult to gauge the true scale of the protests due to the country’s tight restrictions over independent media, but videos uploaded online showed dozens, maybe hundreds, of protestors.

The government has responded to the unrest by deploying riot police officers, some of whom have reportedly used violence to control the crowds – a tactic frequently used by Iran’s security forces during protests.

Images from the previous two days of protests showed wounded people being carried and pools of blood on the ground.

Gunshots could be heard, though police have denied opening fire.

According to reports by Amnesty International, at least 304 people were killed in anti-government protests as recently as December last year.

The demonstrations mark the latest development in an ongoing conflict between the United States and Iran, which escalated further on January 3 after a US drone strike intentionally killed Iran’s top commander General Qassem Soleimani.

To the leaders of Iran – DO NOT KILL YOUR PROTESTERS. Thousands have already been killed or imprisoned by you, and the World is watching. More importantly, the USA is watching. Turn your internet back on and let reporters roam free! Stop the killing of your great Iranian people!