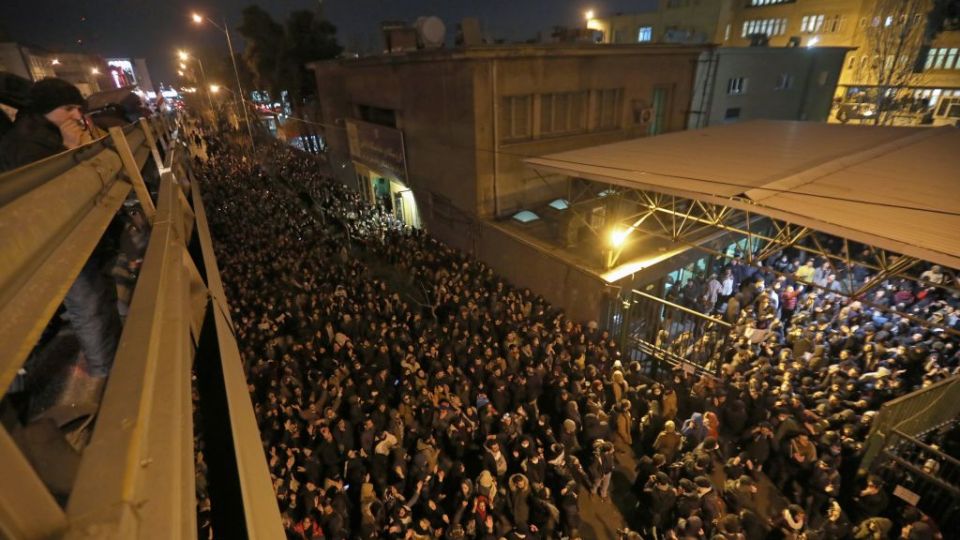 Anti-government protesters have taken to the streets in Iran in outrage at their leaders’ admissions that the country’s military accidentally shot down a Ukrainian airliner, killing all 176 aboard.

The revelation on Saturday – a stunning reversal of earlier denials of responsibility – provoked calls from world leaders for justice and a thorough investigation.

Even as top Iranian officials and the military issued apologies, protests against authorities spread across Iran including in the capital Tehran, Shiraz, Esfahan, Hamedan and Orumiyeh.

Riot police fired tear gas at thousands of Iranians who had taken to the streets late on Saturday in the capital and other cities, many chanting “Death to the dictator”, directing their anger at Iran’s top authority, Supreme Leader Ali Khamenei.

Demonstrators ripped up pictures of Qassem Soleimani, a prominent Iranian military commander who was killed in a Jan. 3 US drone strike in Iraq ordered by Mr Trump.

Images and reports of the protests were carried by state-affiliated news agencies, alongside videos on social media.

Tehran residents told Reuters that police had stepped up their presence in the capital on Sunday morning.

US President Donald Trump, who has said he does not seek “regime change” in Iran, took to Twitter to express his support for the demonstrators, writing: “We are following your protests closely, and are inspired by your courage.”

“The government of Iran must allow human rights groups to monitor and report facts from the ground on the ongoing protests by the Iranian people. There can not be another massacre of peaceful protesters, nor an internet shutdown. The world is watching,” Mr Trump wrote.

To the brave, long-suffering people of Iran: I've stood with you since the beginning of my Presidency, and my Administration will continue to stand with you. We are following your protests closely, and are inspired by your courage.

Britain’s Foreign Office confirmed that the country’s ambassador in Tehran had been briefly detained by Iranian authorities.

The Tehran-based Tasnim news agency said the envoy was arrested for several hours in front of Amir Kabir University for inciting anti-government protesters.

“The arrest of our Ambassador in Tehran without grounds or explanation is a flagrant violation of international law,” Foreign Secretary Dominic Raab said in a statement.

“The Iranian government is at a cross-roads moment. It can continue its march towards pariah status with all the political and economic isolation that entails, or take steps to de-escalate tensions and engage in a diplomatic path forwards,” Mr Raab added.

Iran’s President Hassan Rouhani on Saturday described the missile strike as a “disastrous mistake”, fired in error on Wednesday by its air defences while on alert for US attacks.

Iran was targeting US bases after the killing of the country’s top military leader Qassem Soleimani when it “unintentionally” targeted the Ukraine passenger jet shortly after take of from Tehran.

Ukraine investigators on Saturday revealed the missile hit the Boeing jet from underneath, instantly killing the pilots.