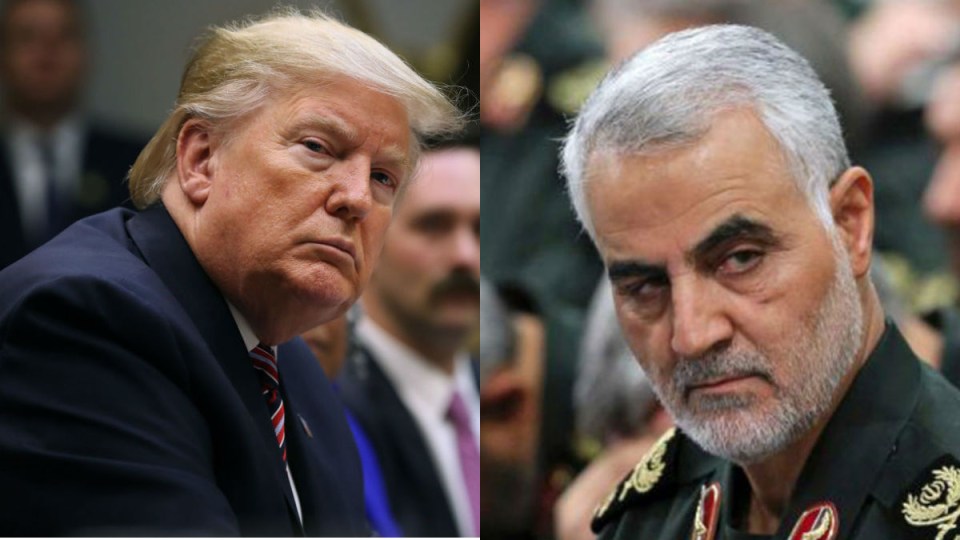 Another air strike has hit Iran-backed militia, killing another five people, as Iran promises “severe revenge” on those responsible for a US-led earlier attack that killed Tehran’s most prominent military commander.

The latest attack was reported on Saturday (Australian time) and confirmed by an Iraqi official, who said the attack took out two cars carrying militia that were travelling north of Baghdad. The US has not yet claimed responsibility for this strike.

It comes a day after a Qassem Soleimani was killed in a strike. Solemani, 62,  headed the elite Quds Force, was regarded as the second most powerful figure in Iran after Supreme Leader Ayatollah Ali Khamenei.

US President Donald Trump said in a press conference the attack had taken out the “number one terrorist anywhere in the world”.

“Last night at my direction the United States military successfully executed a flawless precision strike that killed the number one terrorist anywhere in the world,” Mr Trump said.

“Soleimani was plotting imminent and sinister attacks on American diplomats and military personnel, but we caught him in the act and terminated him.

A statement from President @realDonaldTrump: pic.twitter.com/Jfy4GCLdif

“We take comfort in knowing that his reign of terror is over.”

Mr Trump went on to say that his country’s policy towards terrorists was unambiguous, delivering the simple message: “…We will find you, we will eliminate you.”

The second attack, paired with Mr Trump’s public admission and promise to continue to hunt down members of the Revolutionary Guard, will do little to ease the tensions that have been growing between Iran and the US.

Many condemned the attacks, seeing Soleimani as a hero for his role in defeating the Islamic State militant group. Others voiced approval, saying Soleimani and Muhandis had backed the use of force against unarmed anti-government protesters last year and established militias that demonstrators blame for many of Iraq’s social and economic woes.

However, many Iraqis criticised Washington for killing the men on Iraqi soil and possibly plunging Iraq into another war.

At the direction of the President, the U.S. military has taken decisive defensive action to protect U.S. personnel abroad by killing Qasem Soleimani, the head of the Iranian Revolutionary Guard Corps-Quds Force, a US-designated Foreign Terrorist Organization.

There had already been a sharp increase in US-Iranian hostilities last week when pro-Iranian militia attacked the US Embassy in Baghdad following a deadly US air raid on the Kataib Hezbollah militia, founded by Muhandis.

Iraqi Prime Minister Adel Abdul Mahdi said with the attack Washington had breached Iraq’s sovereignty and violated a deal for keeping US troops there.

The US embassy in Baghdad urged American citizens to leave Iraq immediately, and dozens of US citizens working for foreign oil companies in the southern city of Basra left. The evacuations would not affect output and exports, Iraqi officials said.

Oil prices jumped more than $US3 ($A4.3) a barrel over concern about disruption to Middle East supplies.