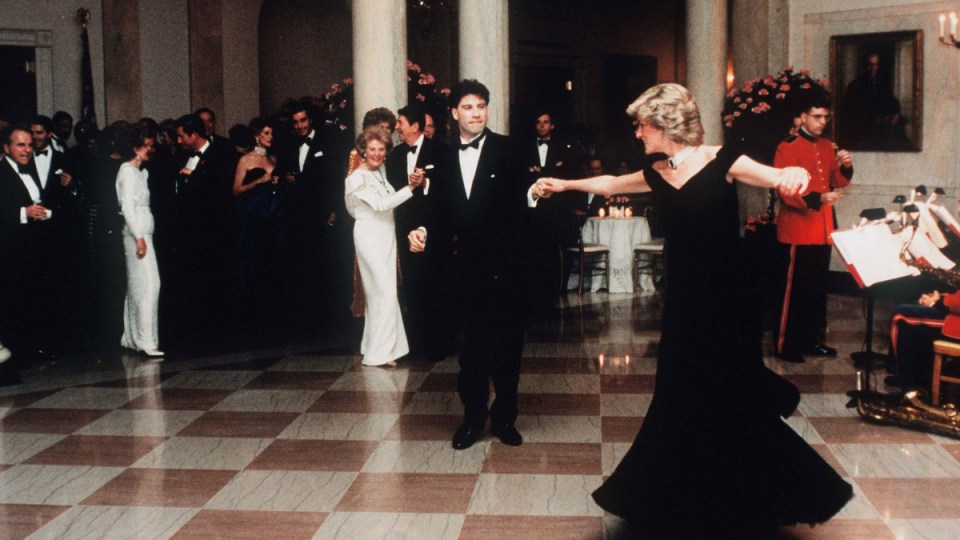 Diana wore the midnight-blue, off-the-shoulder, velvet gown by Victor Edelstein when she danced with Hollywood actor John Travolta during a state banquet at the White House given by US President Ronald Reagan in 1985.

Bids on the gown, which Diana originally spotted in burgundy but asked Edelstein to make in blue for her, did not reach the reserve price of £200,000 at an auction on Monday.

It had been expected to fetch between £250,000 and £350,000 at the Passion for Fashion sale at Kerry Taylor Auctions in London.

The dress was later sold post-auction to a “British institution” for a hammer price of £264,000 including the buyer’s premium – and the auctioneer said the seller was delighted as “he hoped it would stay in the UK”.

It was the star attraction when Diana auctioned off scores of her outfits for charity in 1997, and originally sold for more than £120,000.

The dress was last sold at auction in 2013 for £240,000 and bought by an anonymous bidder who said he wanted to surprise his wife.

Diana and Travolta had twirled across the White House dance floor to a medley of Grease and Saturday Night Fever.

The actor described the experience as being “like a fairy tale”.

A long-sleeved Katherine Cusack evening gown, also midnight-blue velvet, from 1986 went for double what was expected.