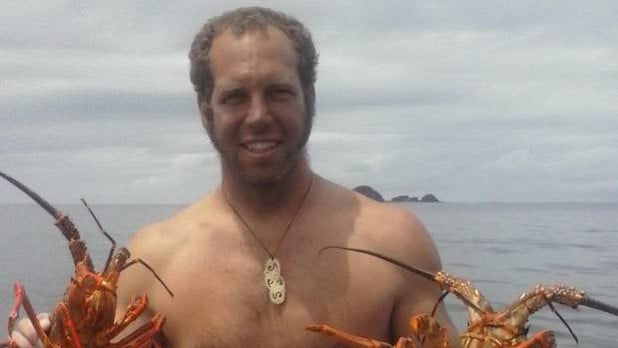 8am update: Three Australians are believed to have been killed in the volcano eruption that has devastated New Zealand, while locals on the northern island are mourning the first of the victims named after the tragedy.

“I fear there is worse news to come over the course of perhaps today or over the next few days,” Prime Minister Scott Morrison told reporters in Sydney on Tuesday morning.

“This is a terrible tragedy, a time of great innocence and joy interrupted by the horror of that eruption.”

6.30am update: The first victim of the volcanic eruption on White Island has been named as local tour guide operator Hayden Marshall-Inman.

Mr Marshall was one of the 23 people who had been taken off the island in what Prime Minister Jacinda Ardern described as a dangerous and courageous rescue mission.  Many of the survivors had suffered severe burns.

His brother Mark Inman said he died “doing the one thing he loved”.

News Mr Marshall-Inman could not be saved comes after New Zealand police released a statement saying there is no chance of finding any more survivors.

On Tuesday morning, there were still eight people missing on the island after the dramatic explosion. Ms Ardern confirmed the people unaccounted for included Australians, Americans, Chinese, British and Malaysians, as well as New Zealanders.

The 24 Australians caught up in the blast were aged between 17 and 72. Authorities are yet to confirm how many of those have been injured.

“To our Australian family especially, we’ll do everything we can to support you as you have supported us,” Ms Ardern said.

Friends and colleagues have remembered Mr Marshall-Inman for his kind, generous and energetic nature.

One person said Mr Marshall-Inman would contribute $5 “towards the next person’s groceries”, every time he came to their shop to buy something.

“He had the kindest heart, it was never about him, he definitely created a ripple affect of happiness to others,” they wrote.

Mr Bonne, who had worked with the guide at a dive tour business, described him as “a young energetic man” whose death has come as a “real shock”.

Mr Bonne spoke to NZ media to confirm the death, and in a later interview with ABC radio on Tuesday morning he described how the community was “numb” after the tragedy.

“He was a young man. That’s the part that really hurts … losing people … (in) their prime of life,” he said.

Another person described Mr Marshall-Inman as “an absolute spectacular human” who had likely saved “many lives on that island today because he was that kinda (sic) person”.

There are also 31 people who are being treated in nearby Whakatane Hospital and Middlemore Hospital in Auckland.

“To those who have lost or are missing family and friends, we share in your unfathomable grief at this moment in time and in your sorrow. Your loved ones stood alongside Kiwis who were hosting you here and we grieve with you, and we grieve for them,” Ms Ardern said.

She praised the “incredibly courageous effort” of emergency crews that searched the island soon after the eruption.

“All of us would want to acknowledge the efforts they went to, to ensure that everyone that could be evacuated, was,” Ms Ardern said.

Acknowledging all of the women and men who worked tirelessly through the night to understand all of the moving factors related to the tragic events at Whakaari / White Island yesterday.

All of our prayers and thoughts are with all of those impacted personally and their families. pic.twitter.com/C1H2EKc13M

Helicopters that have conducted reconnaissance flights over the island have not detected any signs of life.

The Red Cross website has listed more than 30 Australians as missing after their families and friends reported to not have heard from them since the explosion on Monday evening that killed five people.

“Anyone who could have been taken from the island alive was rescued at the time of the evacuation,” police said in a statement.

“Based on the information we have, we do not believe there are any survivors on the island.”

Search and rescue teams are yet to reach the island to look for survivors, with authorities saying it is still too dangerous for anyone to access it.

Police are actively working with experts to decide on the right time to land on the island.

“We will not be moving until we are satisfied that it is safe to go onto the island.”

In a statement posted to Twitter, prime minister Scott Morrison said Australians “must prepare for some difficult news in the days ahead”.

The latest on the volcano eruption on Whakaari/White Island in NZ ⬇ pic.twitter.com/umcHb56ubW

The missing person list compiled by the Red Cross contained a total of 81 names, with some people verifying they are alive.

Tourist Michael Schade who was on board a boat that was a short distance away from the Island, filmed the volcano as it spewed a thick plume of ash and smoke.

My god, White Island volcano in New Zealand erupted today for first time since 2001. My family and I had gotten off it 20 minutes before, were waiting at our boat about to leave when we saw it. Boat ride home tending to people our boat rescued was indescribable. #whiteisland pic.twitter.com/QJwWi12Tvt

“My family and I had gotten off it 20 minutes before, were waiting at our boat about to leave when we saw it. Boat ride home tending to people our boat rescued was indescribable.”

Ray Cas, a professor emeritus at Monash University, previously visited the Island on two separate occasions and said he felt it was “too dangerous” for tourists.

“White Island has been a disaster waiting to happen for many years”.

He said the island “experiences significant explosive eruptions every 3 to 5 years”.

The island is frequently visited by tourists as part of organised boat tours from Whakatane.

Ross Dowling, Professor of Tourism at Edith Cowan University, said there has been a global increase in the number of people visiting active volcanos.

“Part of the attraction is to visit an unpredictable natural environment and for most tourists they assume that they will be able to visit such dangerous sites in relative safety.

“However, despite the increased science behind predicting volcanic eruptions, the science is not infallible and ‘active’ volcanos may erupt at any time.”

GeoNet raised the alert level for the White Island in November after noting an increase in volcanic activity.