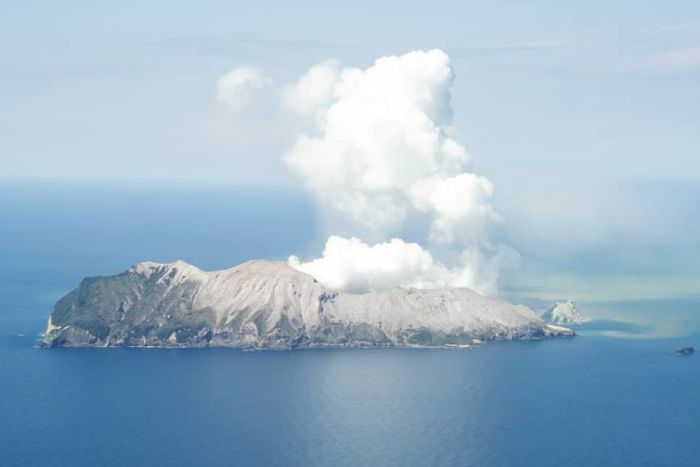 Christmas had come early — a cruise to New Zealand with our extended family.

We departed smoky Sydney on Wednesday. We’d been to the Bay of Islands, Auckland and docked in Tauranga for a day, allowing people to head off on tours to Rotorua, ride a jetboat or visit an active volcano: White Island.

By nightfall, a magical holiday had been cut short by shock and grief for some, or an anxious wait for news of their loved ones caught up in a fatal volcanic eruption.

It’s surreal. I’ve been a journo for a long time and am married to one. We know horrible, tragic and freak things happen, but this is so incongruous.

Families and young people were having the time of their lives, making memories. 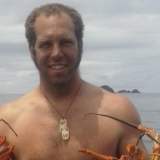 During a cruise, shore days offer everything from parasailing to a stroll around the port city — as much or as little adventure as you can handle.

On Monday, I chose a little climb up a mountain in Tauranga. I hiked Mount Manganui and saw what I thought was smoke from a fire. It wasn’t until I was back onboard that my daughter alerted me to the eruption.

I googled the location of the island and the penny dropped. Oh, God — there were tour operators chatting to the ship’s officials as I re-boarded. They looked intense but no-one was panicking.

Onboard, it was business as usual. The wave pool kicked into action and kids started scaling the climbing wall while people sipped their evening cocktails.

There is constant noise on a cruise ship — the throb of engines, music in the fun zones and hallways. Even when there’s a ship-wide announcement it never plays in the cabins or restaurants.

But as we were due to leave port, the captain’s voice rang out everywhere.

He sounded a bit shaky. He said guests and crew from the boat were on a tour to White Island where a volcano had erupted.

He said they didn’t have firm information, but that everyone should hold those affected and their families in their thoughts and prayers.

A short time later, a roll call of names was played — presumably the missing. I can’t remember how many, but it was a long list.

From my balcony, I could see into the bridge.

I wasn’t alone watching the frantic scenes as an officer in his perfect white uniform held two telephones and paced backwards and forwards.

The weight of responsibility on the captain, his senior officers and the crew would be immense.

Imagine having to call the family of the crew who are missing. Or knock on a cabin door to deliver the grim news to those who didn’t join the tour.

Our minds raced. Perhaps those who opted for White Island were beside us in the queue for the surfing attraction? Maybe they were the family that blitzed trivia night?

An hour later, the captain made another announcement. He told us people had been taken to hospital and others were still missing.

He said we wouldn’t be sailing on Monday evening and asked for support, patience and understanding in this difficult time.

The people I chatted to were rocked. It’s too close to home — it could have been them.

One family said they wanted to go on that tour but the cost was prohibitive. It was about $US350 ($512) per adult, a little less for a child.

That mum was now trying to explain to her kids what happened without frightening them.

A Canadian missionary said he was praying for those left behind on the island. He wasn’t alone.

Family and friends began ringing and texting to see if we were alright.

The captain says Ovation of the Seas will stay in Port in Tauranga while they await more firm information from NZ authorities. He says the safety of guests and crew is their top priority. @abcnews pic.twitter.com/lhMaXnkhCu

A few hours after the captain’s announcement, I took a walk around the decks and restaurants on the Ovation of the Seas.

The all-ages karaoke was in full swing, the piano bar was pumping, a mum was dancing with her little girl in the pub and the outdoor cinema had a few braving the chill.

Cruises aren’t for everyone, but for many families, they’re the perfect multi-generational holiday. The holiday of a lifetime.

But most guests were on their phones, seeking information, trying to figure out how it suddenly could turn to horror.