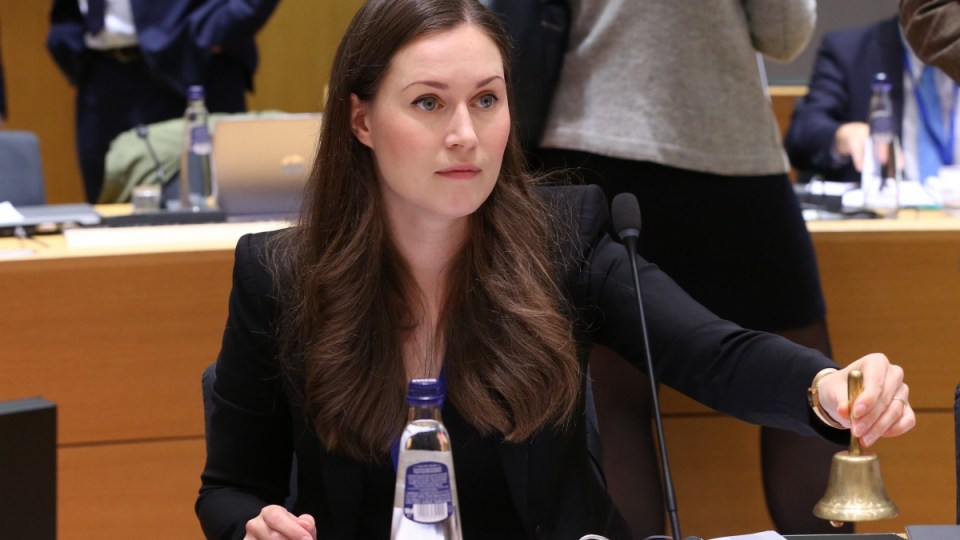 Sanna Marin, Finland's youngest prime minister ever has been voted in by her Social Democratic party after the resignation of Antti Rinne. Photo: Getty

Finland’s transportation minister Sanna Marin has been selected by her Social Democratic party to become the country’s youngest prime minister ever, taking over after the resignation of Antti Rinne.

The 34-year-old Marin, whose party is the largest in a five-member governing coalition, will be the world’s youngest serving prime minister when she takes office in the coming days.

Mr Rinne resigned on Tuesday after a party in the coalition, the Centre Party, said it had lost confidence in him following his handling of a postal strike.

“We have a lot of work ahead to rebuild trust,” Ms Marin told reporters after winning a narrow vote among the party leadership on Sunday. Antti Lindtman, head of the party’s parliamentary group, was runner-up.

Ms Marin has had a swift rise in Finnish politics since becoming head of the city council of her industrial hometown of Tampere at the age of 27.

Sanna Marin, 34, is about to become the youngest Prime Minister in the world. All five parties in Finland’s coalition are currently led by women.

They’re deliberately taking the piss out of us, aren’t they? 🇫🇮 pic.twitter.com/0lk21JUCbo

She will take over in the middle of a three-day wave of strikes, which will halt production at some of Finland’s largest companies from Monday. The Confederation of Finnish Industries estimates the strikes will cost the companies a combined 500 million euros ($A808 million) in lost revenue.

The centre-left coalition, which took office just six months ago, has agreed to continue with its political program stressing a shift to carbon neutrality, after Mr Rinne announced he was stepping down at the demand of the Centre Party.

“We have a joint government program which glues the coalition together,” Ms Marin said.

The timing of the change in leadership is awkward for Finland, which holds the rotating presidency of the European Union until the end of the year, playing a central role in efforts to hammer out a new budget for the bloc.

Finland to get youngest ever PM