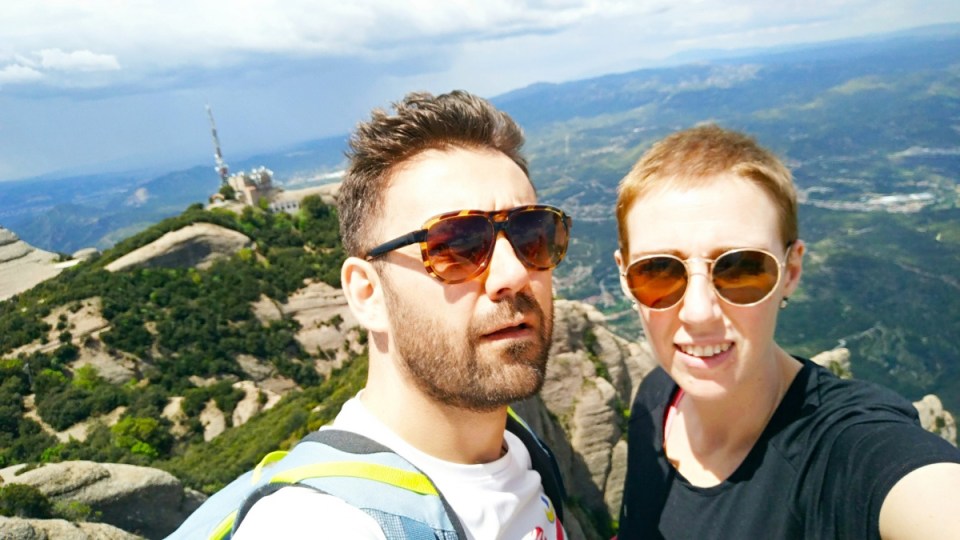 Audrey and her husband Rohan Schoeman were hiking when she started developed life-threatening hypothermia. Photo: Facebook

A British hiker has shocked doctors by surviving a freak six-hour cardiac arrest triggered by extreme hypothermia in the Catalan Pyrenees.

Audrey Schoeman, 34, was hiking along the Spanish mountain trail with her husband Rohan on November 3 when the pair became caught in a snowstorm.

It was then that Ms Schoeman, a teacher living in Barcelona, started having difficulty speaking and moving.

No longer able to withstand the mountain’s freezing temperatures, she fell unconscious and her heart stopped pumping blood.

“I was trying to feel a pulse,” her husband told Catalan broadcaster TV3.

When she reached Vall d’Hebron hospital in Barcelona, she had no pulse or other vital signs.

“She looked as though she was dead,” doctor Eduard Argudo said in a statement.

“But we knew that, in the context of hypothermia, Audrey had a chance of surviving.”

In a frantic race against the clock, Ms Shoeman’s doctors used a specialised machine to remove her blood, infuse it with oxygen and pump it back into her body.

Once her body temperature reached 30 degrees Celsius, her doctors jumped her heart using a defibrillator and brought her back to life.

Ms Shoeman said she had no memory of what happened in those six hours while she was unconscious.

“Amazing. It’s like a miracle except that it’s all because of the doctors,” she told TV3.

Medical staff at the hospital said she had suffered the longest documented cardiac arrest in Spain.

Ms Shoeman was released from hospital twelve days later. She has nearly made a full recovery, except for some trouble moving her limbs and sensitivity issues affecting her hands due to the effects of hypothermia.

“We were very worried about any neurological damage,” Dr Argudo said.

“Given there are practically no cases of people who have had their heart stop for so long and been revived.”

Ms Schoeman said she wouldn’t let her near-death experience prevent her from hiking again in the future.

“I don’t want this to take away this hobby from me,” she said.

British teacher survives without a heartbeat for six hours