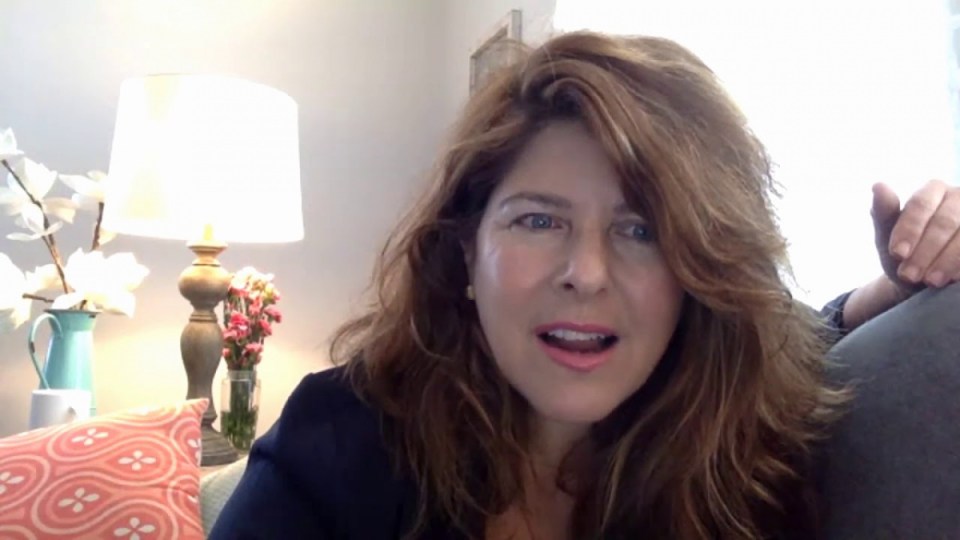 Wolf spent 30 minutes on the phone to a staffer in Angus Taylor's office trying to correct the record. Photo: YouTube

Bestselling author Naomi Wolf has declared war on Energy Minister Angus Taylor, posting a bizarre video confrontation with his office over false claims she campaigned against Christmas trees at Oxford.

The embattled Liberal frontbencher is facing multiple controversies including a police probe into whether his office doctored documents provided to The Daily Telegraph for an inaccurate story attacking Sydney’s Lord Mayor Clover Moore.

Dr Wolf is now requesting a formal correction to Hansard of claims in his maiden speech that the pair lived in the same student accommodation at Oxford.

“Will you tell Parliament please that I was not campaigning against Xmas in any way?,” she says during the video posted to YouTube.

“Please stop interrupting me. Someone in your office OKed that completely inaccurate story about my allegedly initiating a campaign against a Xmas tree in Oxford in 1991. I’m Jewish. This is a racially and ethnically divisive story.”

In his 2013 speech, Mr Taylor claimed Dr Wolf lived down the corridor.

“I first encountered political correctness as a student at Oxford,” Mr Taylor said.

“It was 1991, and a young Naomi Wolf lived a couple of doors down the corridor. Several graduate students, mostly from the north-east of the US, decided we should abandon the Christmas tree in the common room because some people might be offended,” he said.

However, he appears to now concede his account to Parliament was less than accurate, insisting that while they may not have shared the same lodgings he does remember meeting her. Dr Wolf does not.

During the call, Dr Wolf says it cannot be “a matter of dispute” whether the pair lived together in student accommodation because she had left Oxford and was promoting her first book, The Beauty Myth, at the time.

“Mr Taylor seems to recall that you were in Oxford. You will have to have that discussion with him,” the spokesman replies.

Here's my call to @AngusTaylorMP's office last night trying to get him to correct my alleged yet fake "War on Christmas." Surreal and alarming experience. @Guardian. https://t.co/34P7tjAuas

Earlier, Ms Wolf said the dates simply did not add up.

“I was a Rhodes scholar in Oxford 1985-88,” Wolf said. “Angus Taylor recalls me in a fever dream at Oxford in 1991 among those warring on Xmas. I was in NYC. Plus I love Christmas, Hannukah, Kwanzaa. Flattered to be on this mythological hate list.

“Catch that anti-Semitic dogwhistle – elitist people ‘who know what’s best for people who are not remotely like them’. Referring to Jews like me whom Angus Taylor imagined to be among the warriors against xmas in Oxford in 1991.”

But Taylor, whose grandmother is Jewish, dismissed any accusation of anti-Semitism.

Not even 10 am and Naomi Wolf, the NY based bestselling author of Vagina: A New Biography is posting her call to Angus Taylor on YouTube so everything is very normal https://t.co/uofnVJkqki

On Thursday, Wolf said Taylor’s staffer had told her that he accepted she had not personally campaigned against Christmas and this had been relayed to journalists.

“Can I have evidence?” Wolf says.

The spokesman responded: “I’m sorry, obviously we can’t prove that has been provided.”