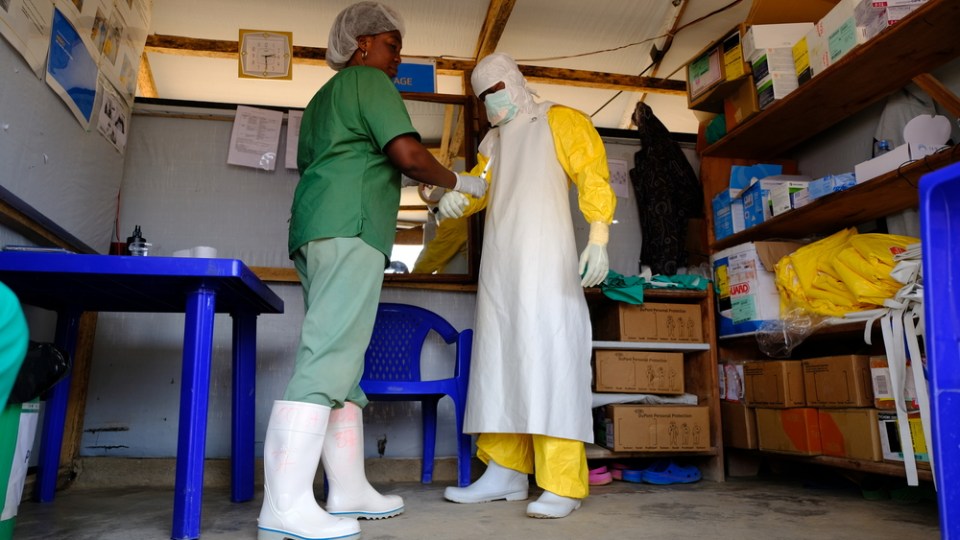 A staff member prepares to enter the high-risk zone at the Ebola Treatment Centre in Beni. Photo: MSF

The murder of four aid workers in the Democratic Republic of Congo has stoked fears the escalating violence will breathe new life into the deadly Ebola virus.

On Thursday Congolese rebels shot dead three Ebola medics who were working on containing the world’s second outbreak of the disease.

Their deaths follow months of slow evacuations of aid workers from the area as violence between warring militias escalated.

The attacks have sparked fears the virus, which has killed 2198 people in the country since August 2018, will start making its way across borders.

Dr Tedros Adhanom Ghebreyesus said the campaign against the virus had recently shown signs of progress, but the virus would start spreading again as violence in the region continued. 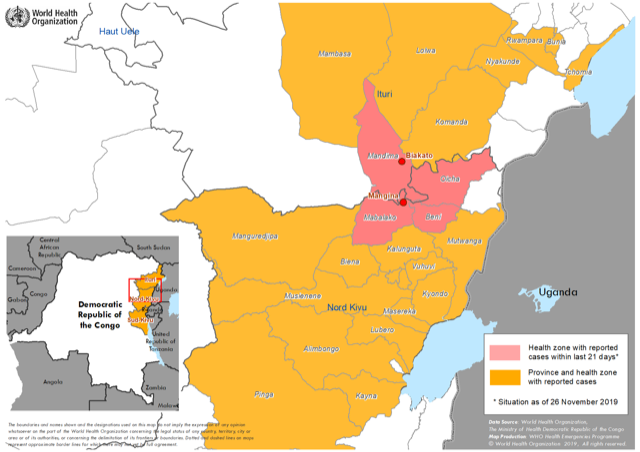 “We are heartbroken that people have died in the line of duty as they worked to save others,” he said.

“The world has lost brave professionals.

“Ebola was retreating. These attacks will give it force again, and more people will die as a consequence.

“It will be tragic to see more unnecessary suffering in communities that have already suffered so much.

“We call on everyone who has a role to play to end this cycle of violence.”

Advocates and aid workers have said this outbreak is more complicated than any other as several rebel groups are highly active in the area, which borders Rwanda and Uganda, and local officials have been spreading misinformation saying Ebola is a political ploy.

World Vision’s Brianna Piazza, who returned from the area in August, said hundreds of workers had been evacuated.

“There are many aid agencies and local health workers, if you count everyone it would be at least hundreds evacuated, but potentially thousands when you include all of the responders,” she told The New Daily.

“Those who haven’t been evacuated would be keeping a low profile because it’s too unsafe for people trying to deliver life-saving treatment.”

Those groups evacuating include the World Health Organisation, which has evacuated 49 of its staff, leaving 71 in place, and World Vision and Médecins Sans Frontières, which has been running some of the isolation and treatment facilities for suspected Ebola patients.

“MSF staff have so far been able to continue their medical activities in the Ebola Treatment Centre (ETC) managed in collaboration with the Ministry of Health,” a spokesperson said.

“The support to three health centres in the district is also ongoing.

“The downsizing of the team is a temporary measure that will last as long as the current instability persists.

“MSF continues to monitor the situation closely and hope for a prompt de-escalation of tension, allowing us to resume our full operational capacity as soon as possible.”

There have already been two recorded instances of it transferring over the border, and Ms Piazza said the chances of seeing that increase was high.

“The risk of regional spread is probably high, but internationally is probably still quite low,” she said.

“The violence threatens to undermine a lot of good work.

“Just a few months ago we were getting 100 cases popping up every week. Two-thirds of people have been dying from the disease.

“It has been 20 people a week presenting, but there’s been a lot of good work done.”

But the disease isn’t just killing people, it’s changing the way the cities work and people interact with each other, Ms Piazza said.

“You wouldn’t shake anyone’s hand. People don’t touch each other anymore,” she told The New Daily.

“People are still worried. Children tell us they worry about their friends dying. They’ve said I don’t want my friends and family to die from ebola.

“There are a lot of checkpoints that the authorities have set up to screen people but the impact on children and families who have lost loved ones, especially when it’s the key breadwinner, their lives are forever changed.”