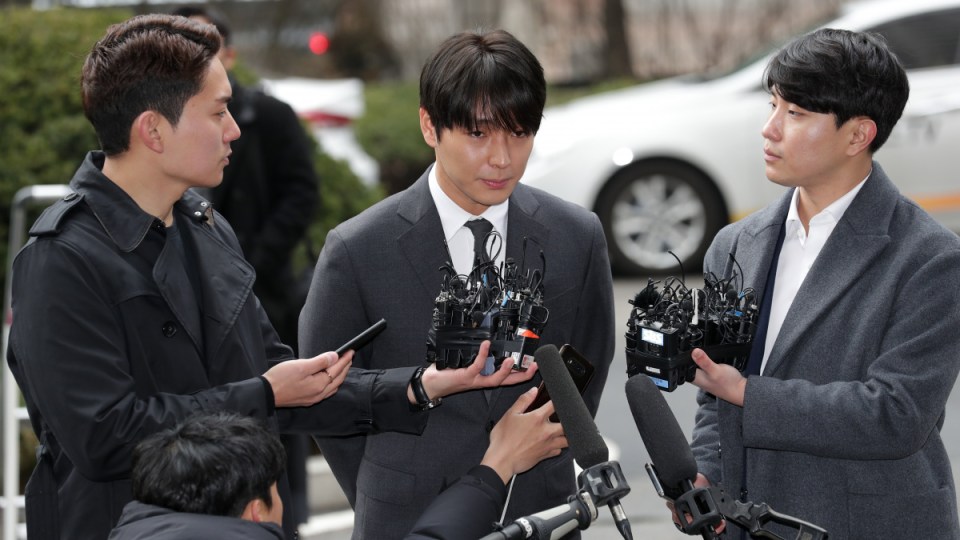 Jung was also convicted of secretly filming himself having sex with other women without their knowledge and sharing it in an online group chat.

Jung was jailed for six years and Choi for five.

“Jung and Choi took part in gang-rape of victims who were intoxicated and unable to resist,” the verdict said, as reported by South Korea’s Yonhap news agency.

“It is hard to fathom the extent of suffering the victims must have gone through.”

Their convictions follow the sudden death of K-Pop singer Goo Hara, who was found dead at her home in Seoul last week.

Months earlier, Hara had taken her ex-boyfriend to court after he threatened to ruin her career by releasing footage of them having sex that he had secretly filmed.

Police have not shared further details about the exact cause of the 28-year-old’s death, but they are investigating what led to her mental state.

Public toilets, change rooms and hotel rooms are a minefield of hidden cameras.

In a country known for its cutting edge technology, even the most innocuous objects like pens and car keys pose a threat.

That smoke alarm in your hotel room in Seoul could be secretly capturing you getting changed after a shower, and that man holding a cigarette lighter behind you on the escalator could be filming up your skirt.

These gadgets can be bought for as little as $160.

Last year, around 5500 people – 97 per cent men – were arrested for molka offences, according to police statistics.

In general, about 98 per cent of convicted offenders are men, while more than 80 per cent of victims are women.

Macquarie University’s Dr Sarah Keith, an expert in Korean popular culture, said the proliferation of spy cams was an “epidemic across South Korea”.

“Korea is not very good when it comes to gender equality,” Dr Keith told The New Daily.

“Having said that, these social problems go on in the West as well and extend beyond K-Pop and Korea.”

Recently, they have joined forces and turned their humiliation into anger.

It was the fourth protest that year slamming molka crimes and the largest women-only rally in the country’s history.

Some have even formed secret camera hunting squads, checking public bathrooms and change rooms all over the country.

People caught filming and distributing intimate videos without consent face up to five years in prison or a fine of about $39,000.

But the prospect of jail time and a hefty fine is not a big deterrence.

In 2017, only two per cent of people arrested over molka allegations were jailed.