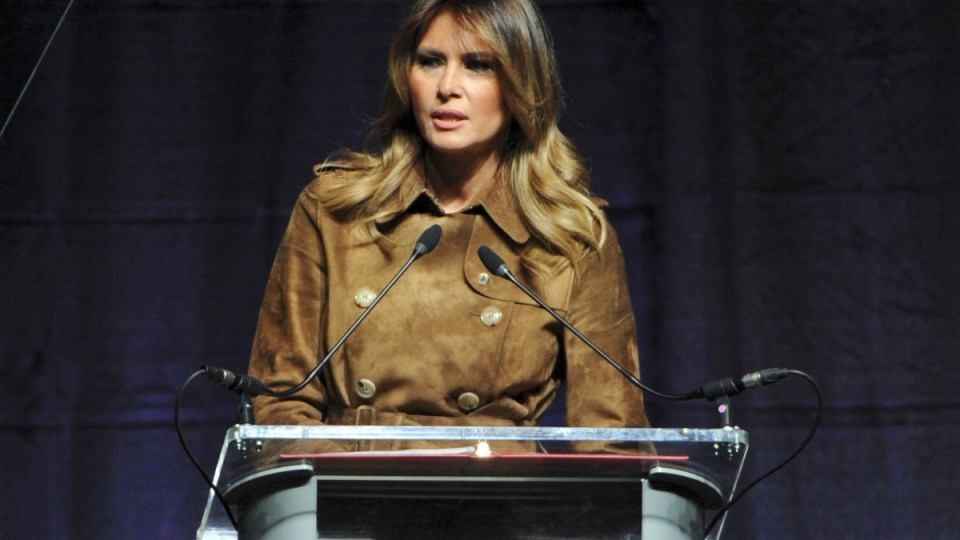 The first lady urged students to avoid misusing drugs, saying that it would make it harder for them to achieve. Photo: AAP

Melania Trump was widely booed when she took the stage at a youth event in Baltimore, an unusually hostile reception for a US first lady.

The sustained boos, which bookended her remarks and were interrupted by some cheers, marked the latest negative reception for President Donald Trump and the first lady at recent public events.

The Republican president is seeking re-election in November 2020 as an impeachment inquiry against him heats up in Congress.

Baseball fans booed the Republican president at a World Series game in Washington in October. Days later, he was greeted with a mix of cheers and boos at a Mixed Martial Arts event in New York City. All three cities are heavily Democratic.

The first lady spoke about opioid addiction at the B’More Youth Summit hosted by the US Drug Enforcement Administration and the Mark Wahlberg Youth Foundation, a nonprofit group founded by the actor.

.@FLOTUS was loudly booed as she took the stage at a youth summit for opioid awareness in Baltimore today. pic.twitter.com/7DiQ5ntPCi

“Hello, everyone,” Ms Trump said on Tuesday as she tried to talk through sustained boos at the start of her brief remarks.

The jeering subsided, then restarted as she concluded by telling the audience: “Wishing you all a Happy Thanksgiving. May God bless you, your families and the United States of America.”

Donald Trump has few friends in Baltimore, a city he derided as “disgusting” and “rodent-infested” over the summer during a war of words with late hometown congressman Elijah Cummings, a harsh critic of Trump’s policies.

Protests greeted the president during a September visit to the city 60km north of Washington.

US first lady booed at Baltimore event about opioid addiction