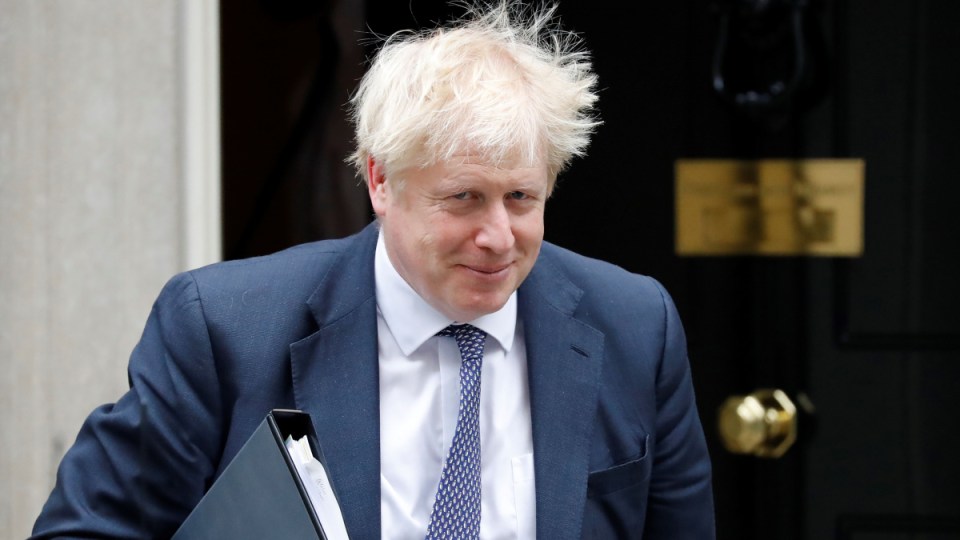 The BBC has admitted to editing footage of British Prime Minister Boris Johnson, removing the sound of laughter as he was asked a question from a live studio audience.

In the Question Time special episode, the audience laughed when Mr Johnson was asked about the importance of someone in his position always telling the truth.

Parts of the footage were replayed in a news bulletin the following day — cutting out the laughter and appearing to only leave audio of audience applause.

The BBC released a statement on Twitter saying there was no intention to mislead, with the clip edited for length and repetition.

“This clip from the BBC’s Question Time special, which was played in full on the News at Ten on Friday evening and on other outlets, was shortened for timing reasons on Saturday’s lunchtime bulletin, to edit out a repetitious phrase from Boris Johnson,” the statement said.

“However, in doing so we also edited out laughter from the audience.

“Although there was absolutely no intention to mislead, we accept this was a mistake on our part, as it did not reflect the full reaction to Boris Johnson’s answer. We did not alter the soundtrack or image in any way apart from this edit, contrary to some claims on social media.”

How viewers noticed the BBC edit

Comparison videos were quickly posted to social media, showing the difference between the original program and the clipped version that appeared in news bulletins the following day.

Viewer Nick Flaks posted a video to Twitter of the edited clip, depicting the clapping only, and the original including the laughing, calling out the BBC for their editing choice.

“I rewatched both clips, and found the editing department had cut about 1.5 seconds of laughing on the topic of trust and instead gave the appearance that [Mr] Johnson was being clapped at, cheered and supported by the audience instead of being ridiculed,” Mr Flaks told The Guardian.

There was no need to edit out the laughter save for spinning a better PR outcome for Boris Johnson.

So what’s your explanation this time @BBC? 🤔 pic.twitter.com/rL3LyqGV53

Viewers were quick to voice their dissatisfaction with the BBC’s explanation for editing the video, with many calling on the UK’s communications regulator Ofcom to step in, and some even labelling the BBC’s editing choice “propaganda”.

“The reaction to this statement shows how low the credibility of BBC News has become. I am saddened by and ashamed of our national broadcaster. This statement is misleading — which is why they’ve asked the PR team to put it out rather than @BBCNews apologising themselves,” Richard Leader said on Twitter.

“The question must be asked: Does @Ofcom actually exist? Because the amount of lies, spin, bias, and outrageous propaganda allowed to be used by the MSM suggests it doesn’t,” another user posted.

The BBC now edits out laughter at Boris Johnson and edits in laughter on Live at The Apollo. What a time to be alive.

“No attempt to mislead? The original true version has [Mr] Johnson openly mocked & laughed at by the audience, in your propaganda he is applauded. How is that just a case of shortening? If you wanted to shorten it, why splice in a different answer; just trim the original,” Steve Pogson tweeted.

Mr Johnson has not yet made any comment on the incident and while Ofcom has not released a media statement on their website, the Mirror reported that more than 40 complaints had been made in regards to the edit.

The BBC was forced to apologise earlier this month for using old footage of Mr Johnson at a Remembrance Day ceremony.

Ouch. BBC having a rough election, credibility wise. First, they accidentally showed the wrong footage of Johnson on Remembrance Day then they accidentally edited a clip from BBCQT Leaders Q&A to remove the audience laughing at Johnson. Not a good time to have editing accidents.

The clip, which aired on BBC Breakfast, was filmed in 2016 but the program indicated the footage was taken the day before the broadcast.

“This morning on the programme we incorrectly used footage from a Remembrance Day service that was not filmed yesterday,” BBC said in a statement at the time.

“This was a production mistake and we apologise for the error.”