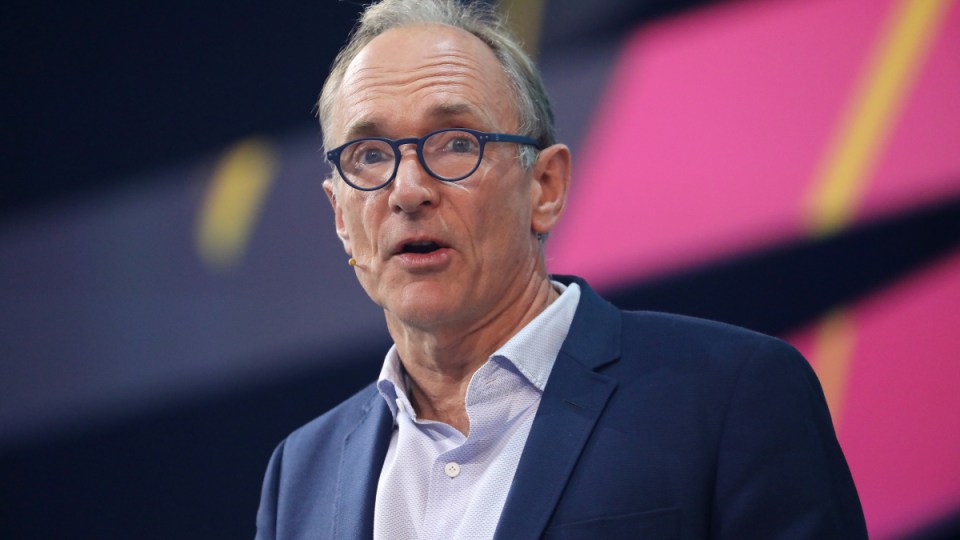 The inventor of the world wide web is releasing an ambitious rule book for online governance - a bill of rights and obligations for the internet. Photo: Getty

Warning of a “digital dystopia”, the British computer scientist will unveil a string of standards in Berlin on Monday (UK time) over fears of ever-increasing online threats such as election interference, harassment, invasion of privacy and the spread of disinformation.

Sir Tim’s World Wide Web Foundation has put together a Contract for the Web, calling on governments, companies and the public to ensure the web is a safe, free and open platform for all.

“To get the web we want, we also need to see changes to technology, and changes in laws and regulations, as we learn to better navigate and construct our evolving digital world.” – @timberners_lee

Launching next week: The Contract for the Web ⬇️https://t.co/707Xdw8wMD

The commitment has been backed by hundreds of organisations, including Google and Facebook, which sets out nine key principles.

“The power of the web to transform people’s lives, enrich society and reduce inequality is one of the defining opportunities of our time,” Sir Tim said.

“But if we don’t act now, and act together, to prevent the web being misused by those who want to exploit, divide and undermine, we are at risk of squandering that potential.

“The Contract for the Web gives us a road map to build a better web. But it will not happen unless we all commit to the challenge.

“Governments need to strengthen laws and regulations for the digital age. Companies must do more to ensure pursuit of profit is not at the expense of human rights and democracy.

“And citizens must hold those in power accountable, demand their digital rights be respected and help foster healthy conversation online. It’s up to all of us to fight for the web we want.”

The plan tells governments to ensure everyone can connect to the internet, that access is not deliberately denied and to respect and protect people’s fundamental online privacy and data rights.

Companies are told they should make the internet affordable and accessible to everyone, respect and protect people’s privacy and personal data, as well as develop technologies that support the best in humanity and challenge the worst.

Meanwhile, citizens are urged to be creators and collaborators on the web, build strong communities that respect civil discourse and human dignity, and fight for the web.

In March, Sir Tim called on people to think about the sort of web they want, as he marked the 30th anniversary of his invention.