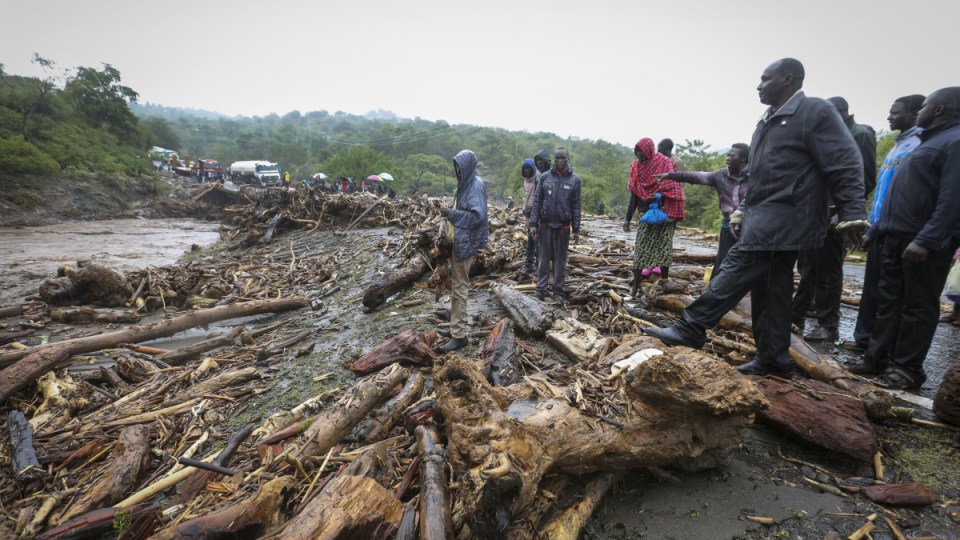 Passengers from stranded vehicles stand next to the debris from floodwaters. Photo: AAP

The death toll from landslides and floods in northwestern Kenya after unusually heavy rain has risen to at least 60 people, local authorities say.

The downpour began on Friday in West Pokot County, which borders Uganda, and worsened overnight, causing flooding and mudslides that swept away four bridges and left villages inaccessible by road.

Samuel Poghisio, a senator from the county, earlier told Reuters by phone on Sunday that 56 people were confirmed dead and an unknown number were missing.

The majority of victims died in mudslides, while a handful of people were swept away while traveling in a car. Two other people were killed after they drowned when a river burst its banks.

Seven people have also been reported as missing.

“Rescue operations are frustrated by more rain and fog,” Mr Poghisio wrote in a text message, adding police helicopters were struggling to reach the flooded areas.

Kenya’s president on Saturday deployed rescue personnel from agencies including the army and the police to try and prevent the “further loss of lives”.

Heavy rains and floods have killed more than 50 people and forced hundreds of thousands of people from their homes in the region since October, aid groups said earlier this month.