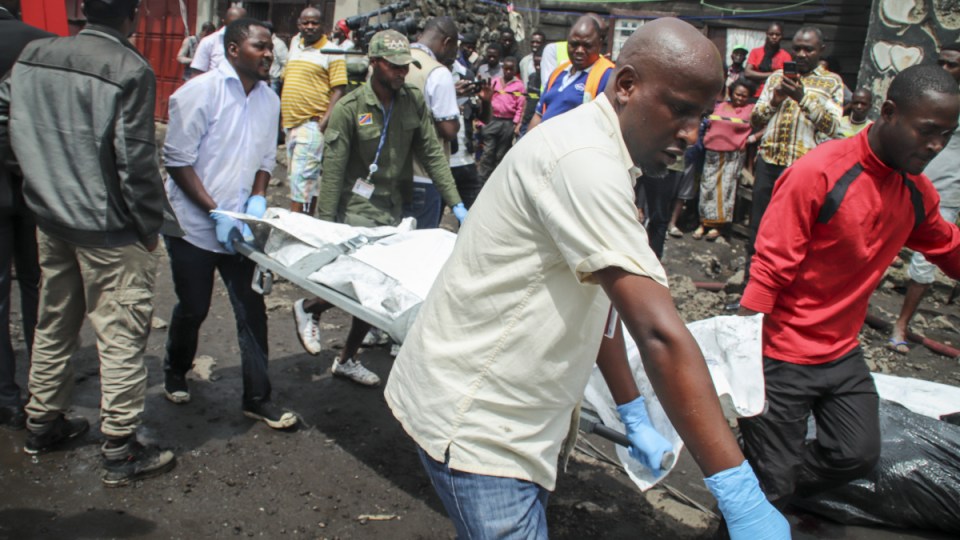 At least 27 people, including nine members of the same family, have been killed after a passenger plane crashed into houses in the Congolese city of Goma.

An official from Busy Bee, who asked not to be named, said the 19-seater Dornier 228-200 crashed with 16 passengers and two crew on board.

Nine people from the same family who were in one of the houses hit were among those killed as the plane descended towards the Mapendo District, engulfing the area in giant plumes of black smoke and flames.

Smoke rises from the wreckage of a small plane which crashed on takeoff into a densely populated area of Goma in the Democratic Republic of Congo pic.twitter.com/31BXU7qrG0

News site actualite.cd quoted one of the company’s maintenance workers as saying the crash occurred due to a “technical problem”.

The plane apparently came down about a minute after taking off from the city’s airport, a source at Goma airport told the BBC.

Two people were rescued before the plane exploded, including one member of the crew, according to the National Border Health Program.

A witness, Djemo Medar, said the plane appeared to be “spinning three times in the air and emitting a lot of smoke” before it crash-landed.

“When the plane crashed many of us rushed there, we know the pilot, his name is Didier; he was shouting ‘Help me, help me’, but we had no way to get to him because the fire was so powerful,” he told Reuters.

After taking a taxi to the site to help out, local pilot Placide Kambale said he witnessed the plane catch fire.

“I called other young people from the neighborhood,” he told The Associated Press.

“They helped me to try to remove those who still moved. We have managed to recover two that was quickly sent to the hospital,” he added, but then the fire expanded.

It was unclear how many others on the ground may have been killed or injured.

Air accidents are relatively frequent in Congo because of lax safety standards and poor maintenance. All Congolese commercial carriers, including Busy Bee, are banned from operating in the European Union.

A cargo plane departing from the same airport crashed an hour after take-off in October, killing all eight people aboard.

Plane crash kills at least 27 in Democratic Republic of Congo