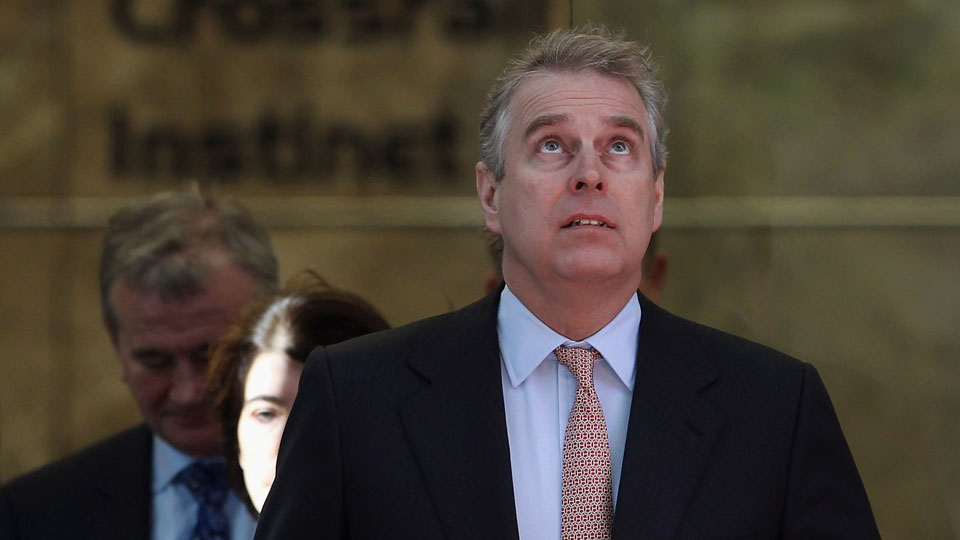 Prince Andrew has been forced to distance himself from his business project. Photo: Getty

Prince Andrew has reportedly resigned from his role with his flagship business project Pitch@Palace after days of speculation about his future with the successful initiative he founded.

Andrew appears to have bowed to pressure and stepped down, with the move coming a day after one sponsor said his plans to continue leading Pitch were “not tenable”.

High-profile business sponsors KPMG, Standard Chartered and Inmarsat, a British satellite telecommunications company, have all said they will not be renewing their financial support for Pitch.

The UK’s Daily Telegraph reported sources as saying Andrew was no longer leading Pitch, which would continue without any royal involvement.

The latest blow came on Friday afternoon when the board of the Royal Philharmonic Orchestra announced that it was cutting ties to Andrew, who had been its patron, and Barclays said it would no longer be involved with Andrew’s prized Pitch@Palace enterprise.

Two Australian universities this week also announced they would cut ties with the program after the 59-year-old prince’s disastrous TV interview from Buckingham Palace during which he defended his friendship with convicted sex offender Jeffrey Epstein.

Epstein, who was facing new sex crimes charges, died in a New York prison in August in what the New York City medical examiner ruled was a suicide.

Andrew was expected to travel to the Middle East this weekend as part of his Pitch project but has cancelled plans following reported pressure from his family.

Andrew did go horseback riding with his mother, 93-year-old Queen Elizabeth, near Windsor Castle on Friday afternoon despite the harsh November weather. The monarch has not commented publicly on her son’s troubles.

There was a visceral public backlash to his TV interview, particularly because Andrew did not express sympathy for Epstein’s young female victims.

Shortly after the interview, Andrew announced that he was halting his royal duties “for the foreseeable future”.

It has also been reported his private secretary, Amanda Thirsk, has been removed from her palace-funded role and will instead become the chief executive of Pitch.

The Daily Mail said Ms Thirsk, believed to have been the driving force behind Andrew’s BBC Newsnight interview, will now run the business mentorship scheme for start-ups and tech entrepreneurs after she was dismissed on Thursday.

Andrew was expected to remove himself from the many other charities with which he’s been involved over the years, a diverse group that sheds light on his interests and reflects the varied demands made on a senior royal.

The Falklands War veteran also was expected to drop his ceremonial role with many military units.

In addition, he has resigned as patron of The Outward Bound Trust, an educational charity that helps young people have adventures in the wild, which he had been involved with for decades, and was to step down as chancellor of Huddersfield University, officials said.

Despite these many embarrassments and the dramatic drop in his work responsibilities, Andrew was not expected to face money pressures although the details of his financial picture have not been made public.

He has long received financial backing from the Queen’s private accounts and there was no indication that this would change. He was likely, however, to close or severely downsize his well-staffed personal office at Buckingham Palace.