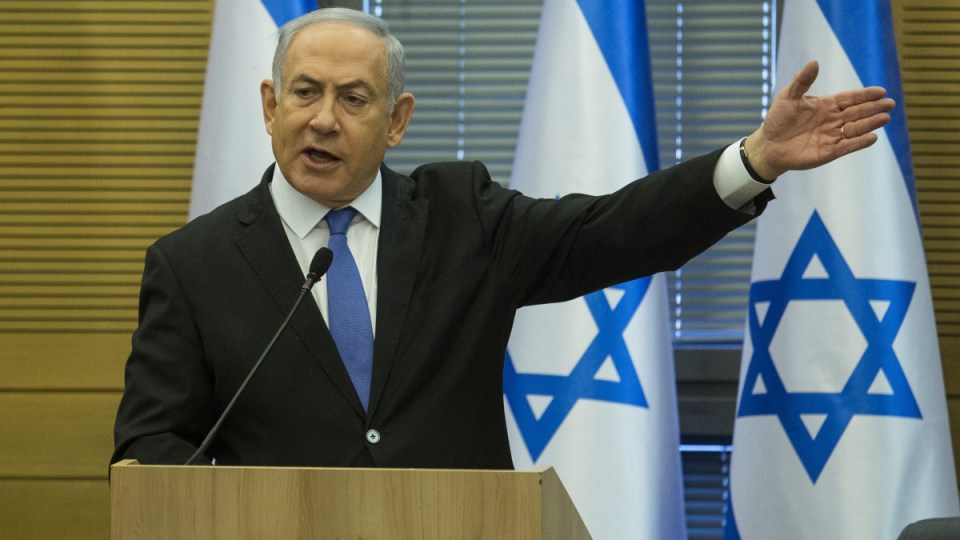 Benjamin Netanyahu could face up to 10 years in jail. Photo: Getty

Israeli Prime Minister Benjamin Netanyahu has angrily accused prosecutors of an “attempted coup” after being indicted in a series of corruption cases, throwing Israel’s political system into disarray.

Mr Netanyahu, who’s had a 10 year grip on power, is refusing to resign.

“A day in which the attorney general decides to serve an indictment against a seated prime minister for serious crimes of corrupt governance is a heavy and sad day, for the Israeli public and for me personally,” Mr Mandelblit, who was appointed by Mr Netanyahu, told reporters.

Pink champagne and cigars are some of the thousands of dollars’ worth of gifts Israeli Mr Netanyahu is alleged to have accepted from billionaire friends, including Australian James Packer.

It is the first time in the country’s history that a serving Israeli prime minister has been charged with a crime.

Mr Netanyahu is suspected to have been bribed with hundreds of thousands of dollars of champagne and cigars so that wealthy businessmen like Mr Packer could see their political interests advanced.

Mr Netanyahu denied acting inappropriately in exchange for them, relegating the gifts to mere symbols of friendship.

“We are witnessing a government coup attempt”.

The prime minister said “it should be blind to not see that something bad is going on in the police and the prosecutor’s office”, news website Walla reported.

He has also been accused of striking a deal with the owner of Israel’s daily newspaper Yedioth Ahronoth to receive favourable media coverage in return for legislation that would slow the growth of competing newspaper Israel Hayom.

Mr Netanyahu, who has vehemently denied wrongdoing in three corruption cases, is under no legal obligation to resign after being charged.

The charges have increased pressure on him to resign, heightening uncertainty over who will lead a country mired in political chaos after two inconclusive elections this year.

It is understood the entire process of an indictment and trial could take two years. He would therefore only be forced to step down from the post if he is eventually convicted.

Mr Netanyahu said he was the victim of a politically orchestrated “witch-hunt” by the media and his left-wing opponents who wanted to force him from office.

The indictment may still not be “the end of the story”, according to Hugh Lovatt, Israel-Palestine analyst at the European Council on Foreign Relations.

“Israel will now have to brace for a political roller-coaster ride over the coming months. Now more than ever Netanyahu will be fighting for his political and personal life,” Mr Lovatt told Al Jazeera.

Mr Netanyahu is suspected of wrongfully accepting $US264,000 ($388,598) worth of gifts, which prosecutors said included cigars and champagne, from tycoons and of dispensing favours in alleged bids for improved coverage by Israel’s biggest-selling newspaper, Yedioth Ahronoth, and the Walla website.

Israel’s longest-serving premier could face up to 10 years in prison if convicted of bribery and a maximum 3-year term for fraud and breach of trust.