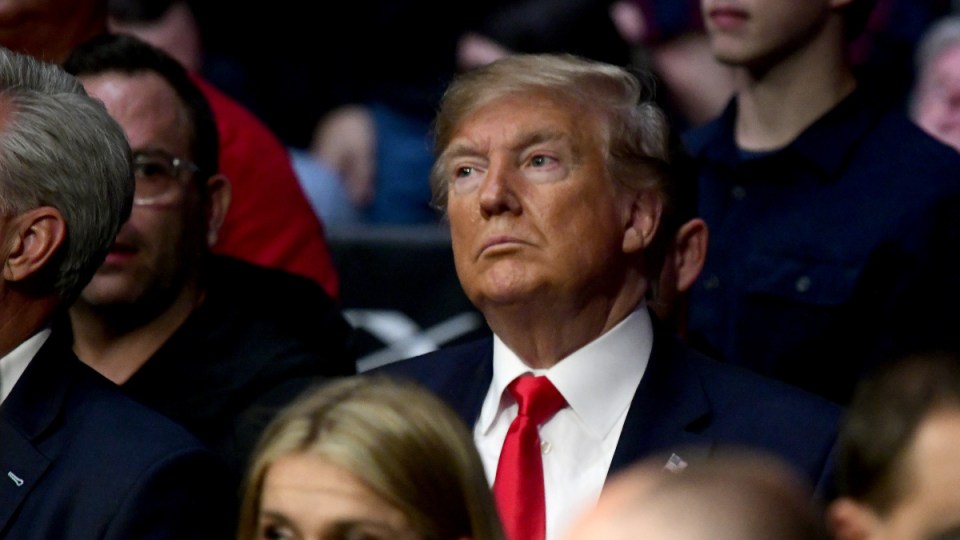 President Donald Trump may seek to testify in the impeachment inquiry. Photo: Getty

US President Donald Trump has revealed he will “strongly consider” testifying in front of investigators at his own impeachment inquiry.

It comes a day after Democratic House speaker Nancy Pelosi invited Mr Trump to give evidence before Congrees, ahead of a week that will see several key White House witnesses testify over his dealings with Ukraine.

On Tuesday morning (Australian time), Mr Trump tweeted “even though I did nothing wrong”, he would potentially seek to appear before Democratic-led committees “to get Congress focused again”.

….that I testify about the phony Impeachment Witch Hunt. She also said I could do it in writing. Even though I did nothing wrong, and don’t like giving credibility to this No Due Process Hoax, I like the idea & will, in order to get Congress focused again, strongly consider it!

Mr Trump is yet to be formally called as a witness in the inquiry into whether he used foreign policy to try to get Ukraine to investigate domestic political opponent Joe Biden.

During former US Special Counsel Robert Mueller’s investigation of Russian interference in the 2016 US election, Mr Trump said he was willing to testify in person but ultimately did not speak to Mueller.

House Speaker Nancy Pelosi, a Democrat, said on Sunday in a CBS interview that Mr Trump has every opportunity to present his case, including coming before intelligence committee hearings.

At the heart of the inquiry is a July 25 phone call in which Mr Trump asked Ukrainian President Volodymyr Zelenskiy to open a corruption investigation into former US Vice President Biden and his son, Hunter Biden, and into a discredited theory that Ukraine, not Russia, meddled in the 2016 US election.

Eight more witnesses are due to testify in the second week of the televised hearings.

They include Gordon Sondland, the US ambassador to the European Union, whose direct interactions with Mr Trump are likely to be a main focus in the investigation of whether the president made security aid to Ukraine contingent on it agreeing to dig up dirt on Mr Biden, who is a leading contender for the Democratic nomination to take on Mr Trump in 2020.

Several witnesses testified last week that they were alarmed over the pressure tactics used against Ukraine, as well as the role of Mr Trump’s personal lawyer, Rudy Giuliani.

The hearings could pave the way for the House to approve articles of impeachment – formal charges – against Mr Trump.

That would lead to a trial in the Senate on whether to convict Mr Trump and remove him from office.

Republicans control the Senate and have shown little support for Mr Trump’s removal.

Ms Pelosi, in her interview on CBS’s Face the Nation, said: “The president could come right before the committee and speak all the truth that he wants if he wants to take the oath of office … or he can do it in writing. He has every opportunity to present his case.”

The latest round of hearings will stretch from Tuesday to Thursday before the House intelligence committee.

Democrats are looking into whether Mr Trump abused his power in part by withholding $US391 million in aid to Ukraine as leverage to get Kiev to investigate Biden.

The money, approved by the US Congress to help US ally Ukraine combat Russia-backed separatists, was later provided.

At the first impeachment hearing last Wednesday, Republicans repeatedly blasted Democrats for not calling an anonymous whistleblower to testify publicly or behind-closed-doors.

The whistleblower account of the July 25 call led to Democrats opening the inquiry.

Democrat Peter Welch responded at the time, “I would be glad to have the person who started it all come in and testify. President Trump is welcome to take a seat right there.”

Donald Trump ‘likes the idea’ of testifying in impeachment inquiry