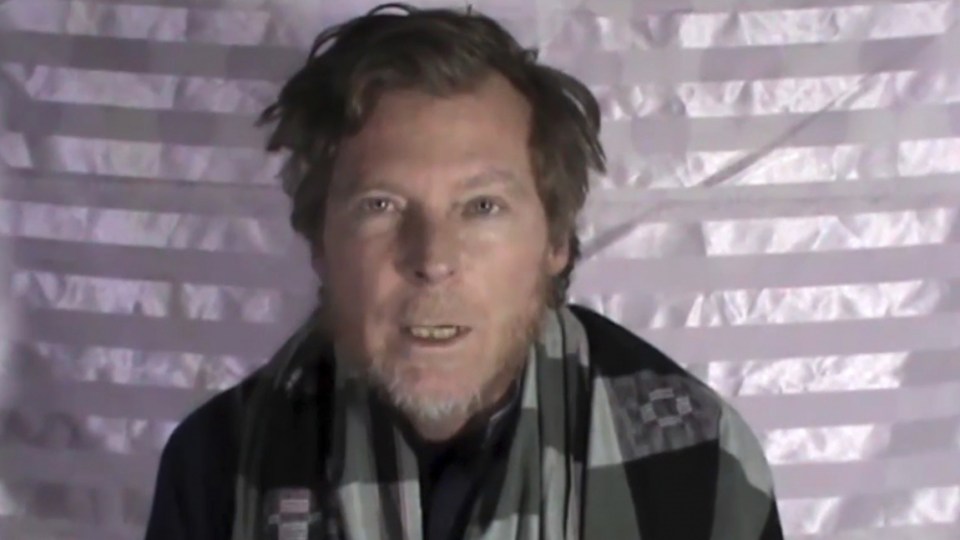 Australian Timothy Weeks in a screenshot from a video released by the Taliban. Photo: AAP

The Taliban has reportedly released Australian academic Timothy Weeks and his American colleague Kevin King as part of a hostage swap deal in Afghanistan, sources said on Tuesday night.

The release of the professors, who were abducted in 2016 outside the American University in Kabul, is understood to have taken place in the Now Bahar district of Zabul Province, a region largely under Taliban control near the Pakistan border.

ABC reports that Taliban and Afghan police officials confirmed the release and that the men will be flown from Afghanistan to Germany, where the US military has a large base at Stuttgart, for medical checks.

It is believed family members are already in Germany.

Three high-ranking Taliban prisoners have been released by Kabul and flown to Qatar as part of the exchange.

The American University of Afghanistan in Kabul released a statement expressing its happiness that the pair had been released.

“AUAF welcomes the news of the release of our colleagues, Kevin King and Timothy Weeks, who had been held hostage since August 7, 2016,” the statement by Dr Diana Sedney read.

“The AUAF community shares the relief of the families of Kevin and Timothy, and we look forward to providing all the support we can to Kevin and Tim and their families. We wish to extend our gratitude to all involved in the release of our colleagues.

“The AUAF community, our students, faculty and staff, have keenly felt the absence of our two colleagues even as we have continually urged their release over these past three years.”

“The two professors are safely freed and are being taken care of now,” an official speaking to AAP on condition of anonymity said on Tuesday.

Their freedom came hours after the Afghan government freed the three Taliban prisoners – two commanders and militant group leader Anas Haqqani – as the Taliban had refused to hand over the hostages until it  received proof its men had reached Qatar.

The prisoner exchange comes amid efforts to resume peace talks between the US and the Taliban.

The news comes days after news that the 50-year-old teacher from Wagga Wagga, and his American colleague would be involved in a prisoner swap.

Last Wednesday, the Afghanistan government said it hoped the prisoner swap will help it secure direct talks with the Taliban, which has so far refused to engage with what it calls an illegitimate “puppet” regime in Kabul.

“In order to pave the way for a face-to-face negotiations with the Taliban, the government has decided to free Taliban prisoners in exchange for two university professors,” Afghan President Ashraf Ghani said in a televised speech.

The Haqqani Network has in recent years carried out large-scale militant attack on civilians. It is believed to be based in Pakistan and is part of the Taliban in Afghanistan.

Mr Haqqani is the younger brother of Sirajuddin Haqqani, who is second-in-command in the Afghan Taliban hierarchy and leads the Haqqani Network.

It is considered the deadliest faction of the Afghan Taliban.