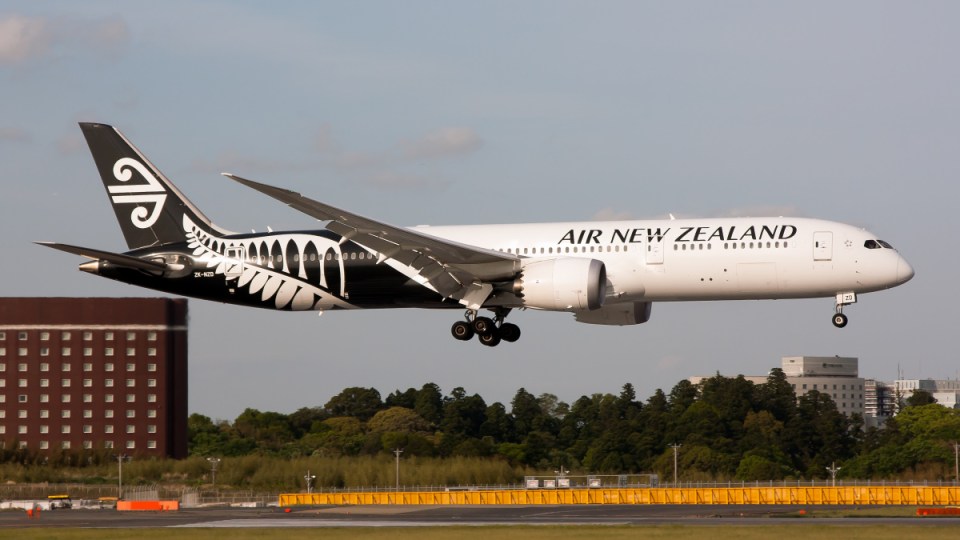 Air New Zealand has been forced to cancel summer flights and shuffle its trans-Tasman and Pacific schedules because of ongoing issues with the engines of some of its Boeing planes.

The airline said the flight suspensions and re-arrangements, announced on Monday morning, would affect about 14,000 customers.

The biggest chance is the suspension of Air NZ’s twice-weekly Perth-Christchurch flight – resulting in the cancellation of 62 flights.

The airline will also cancel its second daily Perth-Auckland service from December 1-January 5.

There will also be other international cancellations from December 1-January 2.

The cancellations are due to ongoing issues with the Rolls-Royce engines on Air NZ’s Boeing 787-9 aircraft.

The airline said it had 10 Trent 1000 engines on its 787-9 fleet. Rolls-Royce requires the engines to have more frequent maintenance because of an issue with their high-pressure turbine blades.

Air New Zealand senior fleet manager 787 Captain Dave Wilson said the airline had been performing regular precautionary checks on the engines since April and had done all it could to fast-track the required maintenance.

“Based on the maintenance needs of our engines, we expect some will need to be inspected in December and January and then serviced by Rolls-Royce offshore and unfortunately, Rolls-Royce has no capacity to alleviate this pressure,” he said.

“We have 14 787-9 Dreamliner aircraft in our fleet and four spare engines to power these. However, all these spare engines are with Rolls Royce offshore either undergoing service or waiting for a service slot.”

Air NZ has struggled with issues related to the Rolls-Royce Trent 1000 engines since December 2017, when it first leased spare planes to help maintain its timetable.

Air NZ said it would start processing customers’ bookings this week and then start to contact affected customers directly. Further flight changes might be also needed, it said.

Details of flight suspensions and cancellations will also be updated on the airline’s website.