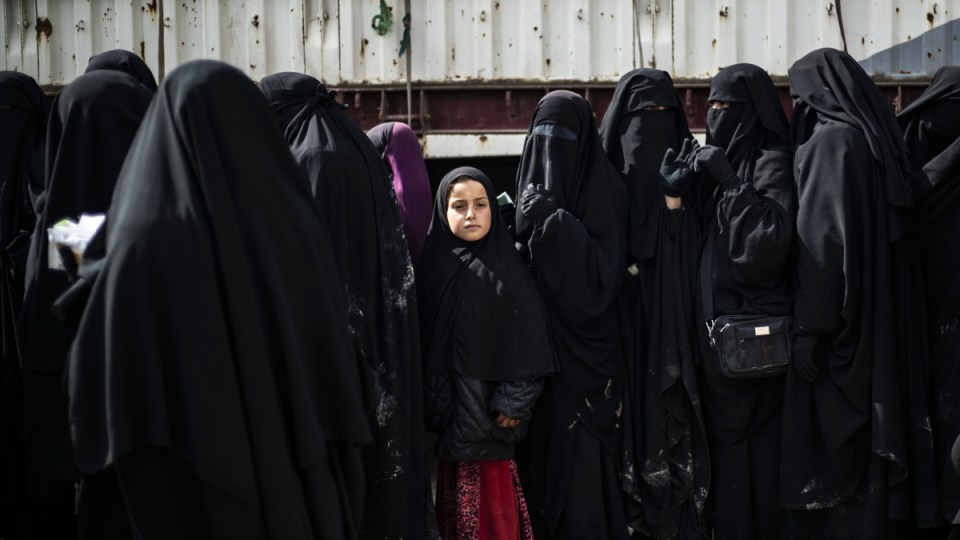 The United States is offering to rescue the Australian families of Islamic State (IS) group fighters trapped in Syria, as it ramps up pressure on countries to repatriate their citizens from the war zone.

Eight Australian IS fighters are believed to be imprisoned, and more than 60 women and children are currently in the al-Hawl camp in northern Syria, a dangerous region that has become even more volatile since Turkey’s offensive last month.

Before that invasion, the Australian Government repatriated a group of orphans from the camp but, so far, it has refused to extract any more.

Speaking exclusively to the ABC, top US counter-terrorism official Nathan Sales said it was a serious problem and all countries had a responsibility to take back their citizens.

He revealed the US had offered to help its Coalition partners by “facilitating” the return of foreign fighters and their families to their countries of origin.

“Our offer to other countries is ‘we are prepared to help and we hope you’ll accept that offer’,” he said.

“Leaving these folks in camps in the desert or in ad-hoc prison facilities is not going to solve the problem, it’s going to kick the can down the road.”

Asked precisely how the US would get the Australians out, Mr Sales said “military assets” could be involved.

US special forces remain in Syria despite US President Donald Trump’s earlier pledge to withdraw all troops.

“There’s a number of different options on the table and we’re pursuing very much an ‘all of the above’ approach because regardless of what means we use, the bottom line is, we need to get these kids, their parents and the fighters out of Syria and back to their countries of origin,” he said.

Most of the Australian women stranded in Syria are not strangers to each other – they are relatives of one man. Who they are and how they got there has until now remained a secret.

He said the US had been leading by example, having repatriated six adults, who had since been charged, and 14 children, who had begun rehabilitation.

Despite pleas from the families of the Australians caught in Syria, the Morrison Government has so far refused to budge.

It maintains it will not put other lives in harm’s way to extract them from the al-Hawl camp and argues at least some of the women have become radicalised and would pose a threat if they returned to Australia.

But the offer coming from Australia’s most powerful ally will likely strengthen calls for the Morrison Government to act.

Mr Sales said with the ceasefire holding in northern Syria, there was a “sense of urgency”.

“At the present time, things appear to be relatively stable in north-eastern Syria but we have to keep in mind, it’s Syria, and as we all know the situation can change dramatically in a matter of moments,” he said.

He told the ABC he was first made aware of the US offer months ago and at the time, urged the Morrison Government to consider it.

“With the situation stabilising and the renewed offer, we believe the Government should act to protect the 44 children and their mothers as soon as possible, before the situation changes again,” he said.

Australia is not alone on repatriation issue

More than 2000 foreign fighters are imprisoned in Syria, and tens of thousands of women and children are stuck in the al-Hawl camp.

The UK, Belgium, France and Germany have been exploring ways to repatriate their citizens but a meeting of 30 foreign ministers in Washington this week failed to come to an agreement about how best to deal with the issue.

Some countries, resisting repatriation, have instead called for an international tribunal to be established to prosecute the IS fighters and their supporters.

But the US is opposed to the idea.

“We all recognise that these are some battle-hardened veterans who can never be allowed to return to the battlefield,” he said.

“The US and many other countries believe the appropriate way to handle this threat is prosecution in national courts and we’ve been encouraging countries that don’t see it the same way to take back their own folk and prosecute them.”

US offers to rescue Australian Islamic State families in Syria