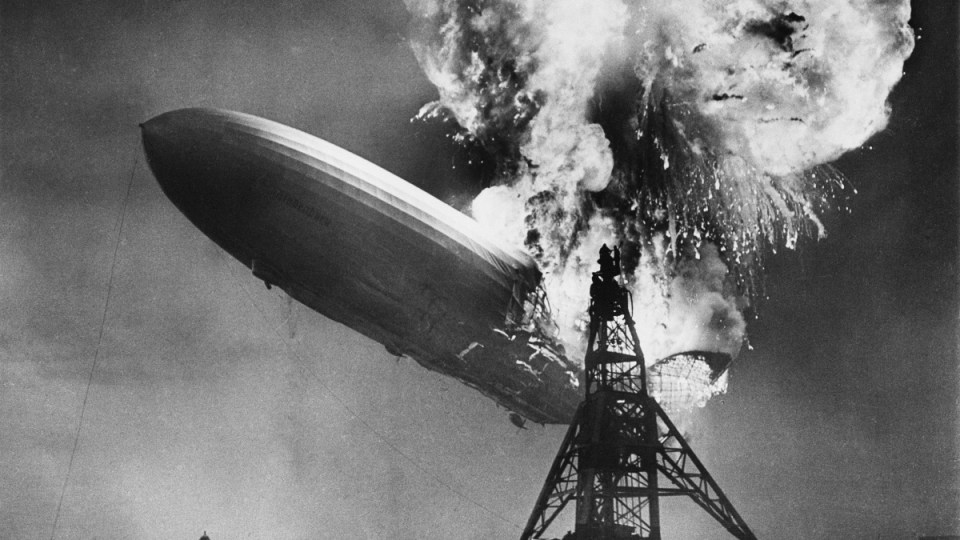 The Hindenburg disaster took place on Thursday, May 6, 1937, during its attempt to dock at Lakehurst, New Jersey in the US. Photo: Getty

The last remaining survivor of the Hindenburg disaster, Werner Gustav Doehner, has died at age 90.

His son said a church service was held Friday for Mr Doehner, who died on November 8 at a hospital in Laconia, New Hampshire.

Mr Doehner was the only person left of the 62 passengers and crew who survived the May 6, 1937, fire that killed his father, sister and 34 others. He was just eight years old at the time.

“He did not talk about it,” his son Bernie Doehner, said. “It was definitely a repressed memory. He lost his sister, he lost his dad.”

Bernie Doehner said his father took him to visit the naval station years later, but not the Hindenburg memorial itself.

As the 80th anniversary approached in 2017, Werner Doehner told The Associated Press he and his parents, older brother and sister were returning from a vacation in Germany on the 245-metre-long zeppelin to Lakehurst Naval Air Station in New Jersey.

His father headed to his cabin after using his movie camera to shoot some scenes of the station from the airship’s dining room. That was the last time Mr Doehner saw him.

As the Hindenburg arrived, flames began to flicker on top of the ship. Hydrogen, exposed to air, fuelled an inferno.

“Suddenly, the air was on fire,” Mr Doehner recalled.

Doehner said his mother threw him and his brother out of the ship before she left, too.

They suffered burns. He would remain in the hospital for three months before going to a hospital in New York City in August for skin grafts.

The US Commerce Department determined the accident was caused by a leak of the hydrogen that kept the airship aloft. It mixed with air, causing a fire.

“The theory that a brush discharge ignited such mixture appears most probable,” the department’s report said.

Mr Doehner and his family were on their way back to Mexico City, where his father was a pharmaceutical executive. Funerals were held for his father and sister there.

Mr Doehner was born in Darmstadt, Germany, and grew up in Mexico City.

In 1984, he moved to the United States to work for General Electric as an electrical engineer, according to his obituary. He also worked in Ecuador and Mexico.

He retired from New England Electric System in Westborough, Massachusetts, in 1999. He moved to Parachute, Colorado, in 2001. He and his wife of 52 years, Elin, moved to Laconia in May 2018.