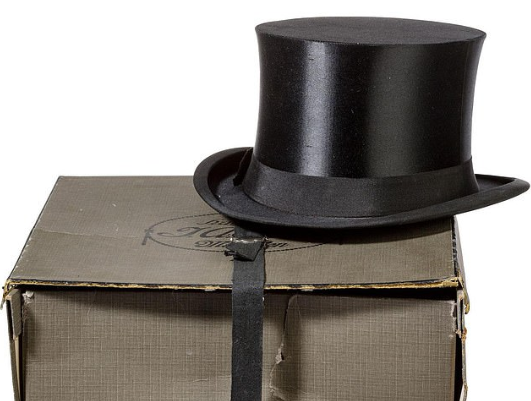 Adolf Hitler's top hat, complete with box, is going on the block despite calls for the auction to be abandoned. Photo: Hermann Historica

A Munich auction house is getting hammered with criticism for its plans to gavel away 842 items linked to Nazis, including some items once owned by Adolf Hitler.

Items in the auction include a top hat that once belonged to Hitler, a cocktail dress once worn by his wife Eva Braun and a luxury edition of Hitler’s treatise Mein Kampf.

The controversy around the auction, which is set for 6pm Wednesday, escalated last week when Menachem Margolin, a rabbi and chairman of the European Jewish Association (EJA) wrote to the Hermann Historica auction house asking them to reconsider the sale.

“I ask you again to withdraw the Nazi auction items, again not because of any illegality, but instead to send a message that some things – particularly when so metaphorically blood-soaked – should not and must not be traded,” Margolin wrote in the November 11 letter.

“I am writing to respectfully ask you to withdraw the auction. This is not a legal appeal to you, but very much a moral one. What you are doing is not illegal, but it is wrong.”

Ironically, the hat was found by American ex-GI Rich Marowitz during a search of one of Hitler’s residences after the Nazis’ defeat in 1945.

Mr Marowitz, who was Jewish himself and died in 2014, used it on school visits and lectures about his experiences liberating the Dachau concentration camp and the evil that was National Socialism.

Bernhard Pacher, managing director of Hermann Historica, says he and his company have received numerous emails since the letter from the EJA, some of them insulting. But he says that the sale is being handled with the utmost care.

He noted that his company has little control on what clients do with the items after purchase, but said the auction house is going to great lengths to control who is allowed to bid.

It’s not the first time Hermann Historica has faced criticism for an auction of Nazi paraphernalia. In 2016, the company sold a uniform jacket once worn by Hitler for 275,000 euros ($A446,000).

“It’s our job to prevent the wrong people from getting these things,” he said. Strict controls are in place to control access.

“But it’s practically unavoidable to ensure that one person or another with the wrong ideology doesn’t get into the mix.”

However, he noted such people are the minority. Furthermore, only those who register beforehand will be allowed into the auction, though bids will also be accepted online or by telephone during the proceedings.

“By far, the great majority of the customers who shop with us are museums, state-owned collections and private collectors, all of which meticulously deal with these issue.”