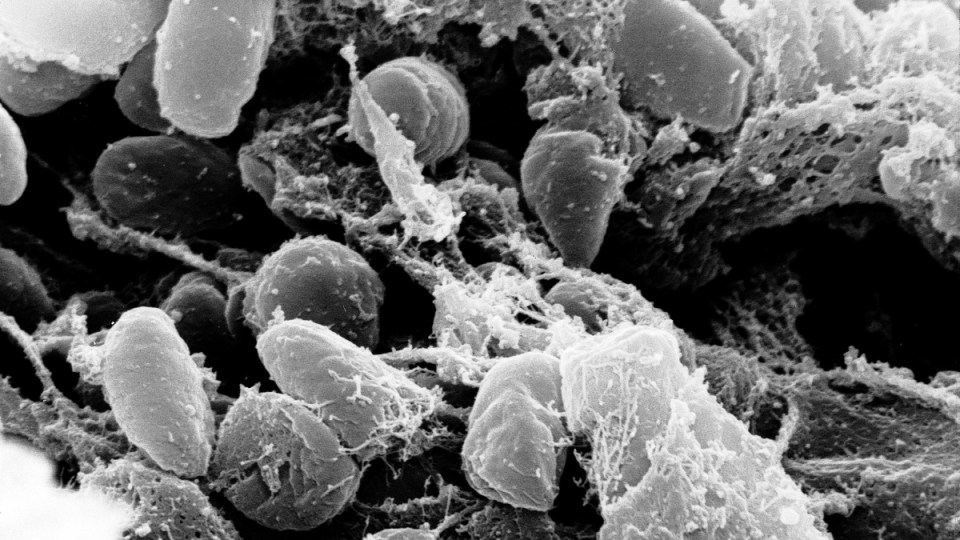 Yersinia pestis bacteria, the cause of plague. Photo: AP

Chinese authorities have moved to reassure people in Beijing they are not in danger of contracting plague after two cases were diagnosed in the city.

Two patients from the Inner Mongolia region were diagnosed with pneumonic plague on Tuesday evening at a hospital in Beijing’s Chaoyang District, the district’s government said.

Pneumonic plague, a fatal and highly infectious disease, is caused by the same bacterium as bubonic plague, or the Black Death that killed millions in the Middle Ages.

Authorities tried to dispel fears of an outbreak of the illness.

The Chinese Centre for Disease Control and Prevention said the two cases “have been properly treated” and the epidemic “effectively controlled.”

“Beijing citizens do not have to worry too much about the risk of plague. Beijing is not a plague pesthole,” the CDC said in a statement on its website, adding that there was no plague in the natural environment, and rats were not infested.

People on social media expressed concern, however, that the disease might have already spread during the patients’ travel to Beijing and their stay in the central Chaoyang district.

“How did these people come to Beijing? Were there medical personnel monitoring them?” one Weibo user wrote. “The population of Chaoyang District is highly dense, especially the number of patients in Chaoyang Hospital.”

While China used to record about 20 cases of plague annually in the 1980s, diagnoses have been “sporadic” since 2010, the CDC said.