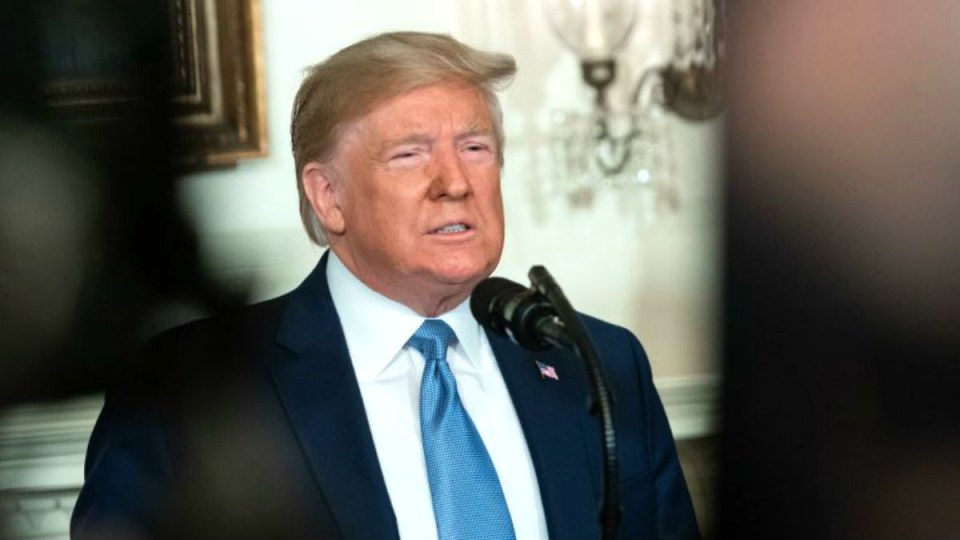 US President Donald Trump says a trade deal with China is close but did not give any solid detail about it in a speech to The Economic Club of New York. Photo: Getty

President Donald Trump has dangled the prospect of completing an initial trade deal with China “soon,” but offered no new details on negotiations in a campaign-style speech touting his administration’s economic record.

Markets had been on edge about Mr Trump’s highly anticipated remarks to The Economic Club of New York, but barely moved after the speech, which contained no major policy announcements.

Mr Trump said US and Chinese negotiators were “close” to a “phase one” trade deal, but largely repeated well-worn rhetoric about China’s “cheating” on trade.

No one has cheated better than China, says Trump during a speech at the Economic Club of New York https://t.co/UjzmjTPCsn pic.twitter.com/v0JvCYnmqN

“They are dying to make a deal. We’re the ones that are deciding whether or not we want to make a deal,” Mr Trump said, echoing remarks he made on Saturday (local time).

“We’re close,” he said. “A significant phase one trade deal with China could happen. Could happen soon. But we will only accept a deal if it’s good for the United States and our workers and our great companies.”

Mr Trump said he would raise tariffs on Chinese goods “very substantially” if China does not make a deal with the United States. “And that’s going to be true for other countries that mistreat us too,” he added.

White House economic adviser Larry Kudlow later told CNBC that the phase one agreement could include some adjustments to tariffs already in place, but neither side would agree to such steps “until the entire deal is put together.”

US stocks largely drifted sideways as Mr Trump spoke, holding onto modest gains. The S&P 500 was up about 0.3 per cent in afternoon trade, close to a record high. The response in bond and foreign exchange markets was equally subdued.

“The only thing that’s maybe new is that he did not announce a date and a time for a signing ceremony,” Greg Anderson, global head of foreign exchange strategy at BMO Capital Markets in New York, said of the speech. “Where markets had been hoping for that, those hopes were dashed,” he added, saying that buying of riskier assets faded when it became apparent that no major announcement would be made.