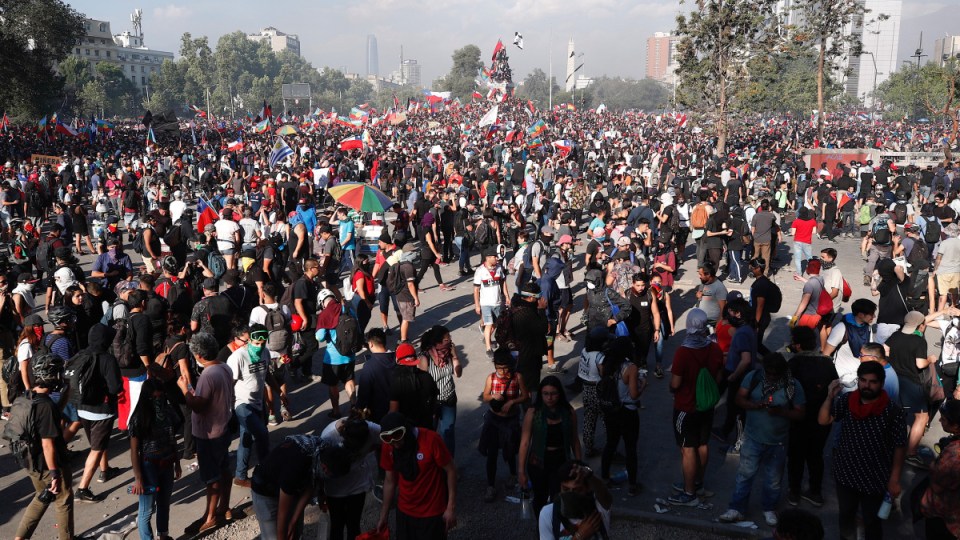 Over 200,000 have taken to the streets of in cities across Chile calling for widespread reforms. Photo: AAP

Hundreds of thousands of protesters have rallied in cities across Chile, calling for immediate and wide-ranging government reforms that included a higher minimum wage, more affordable medication and a new constitution.

The rally in Santiago was attended by around 80,000 people, according to the government. Another 100,000 people were thought to have taken to the streets of the central Chilean city of Concepcion, while another 50,000 marched in the southern port city of Puerto Montt.

President Sebastian Pinera’s government vowed on Monday (local time) that it would move forward with a plan to rewrite the country’s dictatorship-era constitution.

The conservative governing parties are reluctant to convene a constituent assembly, as demanded by protesters. Instead, they want a debate in the existing parliament, where a broad consensus among the parties would be required to adopt a new constitution.

Thousands of people stage protests in Chile’s capital Santiago in the latest round of weeks of mass demonstrations over inequality and social injustice pic.twitter.com/4ODlv7fQVv

Chile’s political unrest, in addition to causing property damage and multiple acts of looting, has taken its toll on the economy.

The government revised its growth forecast for the current year to two per cent from 2.6 per cent, and, at 783 pesos to the US dollar, the Chilean currency on Tuesday reached its lowest value since 1990. Prior to the crisis, the exchange rate stood at 710 pesos to the dollar.