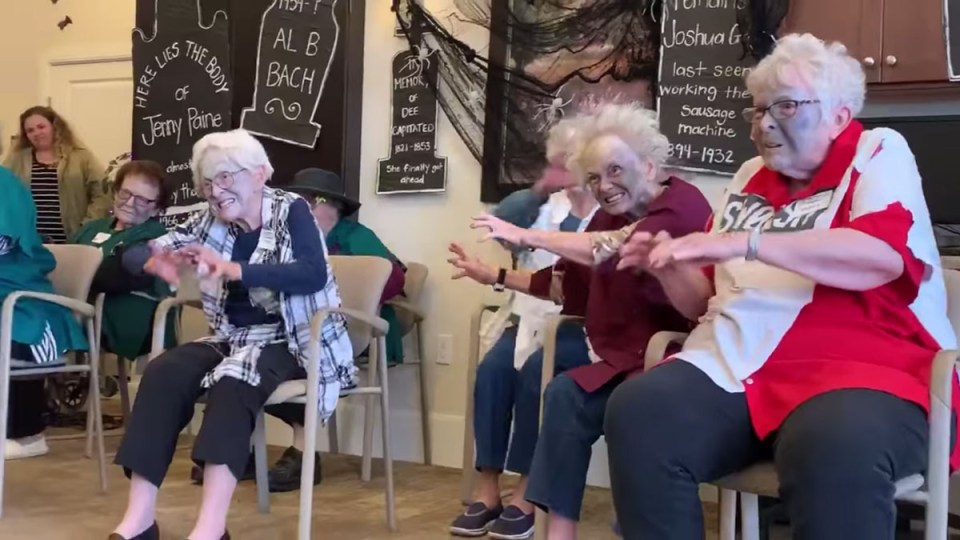 Elderly residents get into the Halloween spirit with a thrilling rendition of the iconic choreography. Photo: Twitter

Residents of an American nursing home have achieved 15 seconds of internet fame over a performance of the ghastly kind.

Elderly members of the Abbington Senior Living Mapleton Centre, in Utah, donned full zombie regalia, and some even sported wigs, for their annual Halloween dance to Michael Jackson’s Thriller.

Despite their age, many in the dance troupe maintained pace with the iconic music video’s choreography, all while gurning and grunting — just like the undead.

A spokesperson for the aged care facility told Metro their senior citizens intensely rehearse the routine, before performing in front of family and friends.

Of course, the internet quickly latched onto the impressive, albeit quirky, rendition of the dance.

“That is actually a really good range of mobility exercise for seniors – we’ve got leg spread/bring together, lifting both feet at once, twisting the torso, crossing arms, moving the arms out and up and different heights,” Heather Hughson said.

The thrilling antics have currently been viewed over 3.1 million times on Twitter at the time of writing.