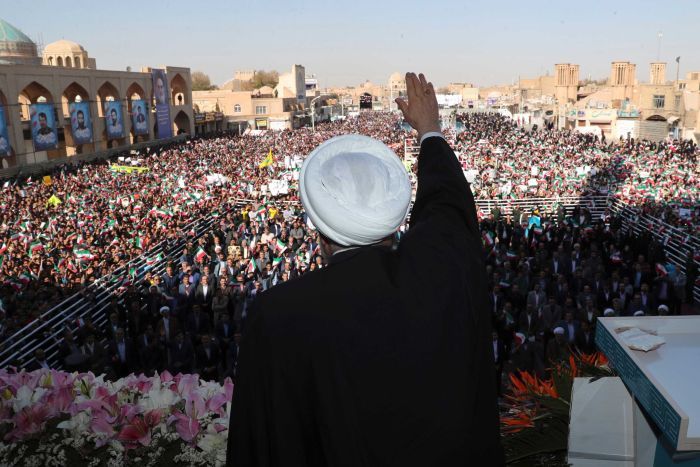 Mr Rouhani made the announcement in a speech in the desert city of Yazd. Photo: AP: Office of the Iranian Presidency

Iran’s president says a new oil field has been discovered with an estimated 50 billion barrels of crude oil in the country’s south.

The announcement by President Hassan Rouhani on Sunday would mean Iran’s proven crude oil reserves would be boosted by a third.

Iran says it currently has some 150 billion barrels of proven crude oil reserves.

He made the announcement on Sunday in a speech in the desert city of Yazd.

Iran’s energy industry has been hard-hit by United States sanctions over its collapsing nuclear deal with world powers.