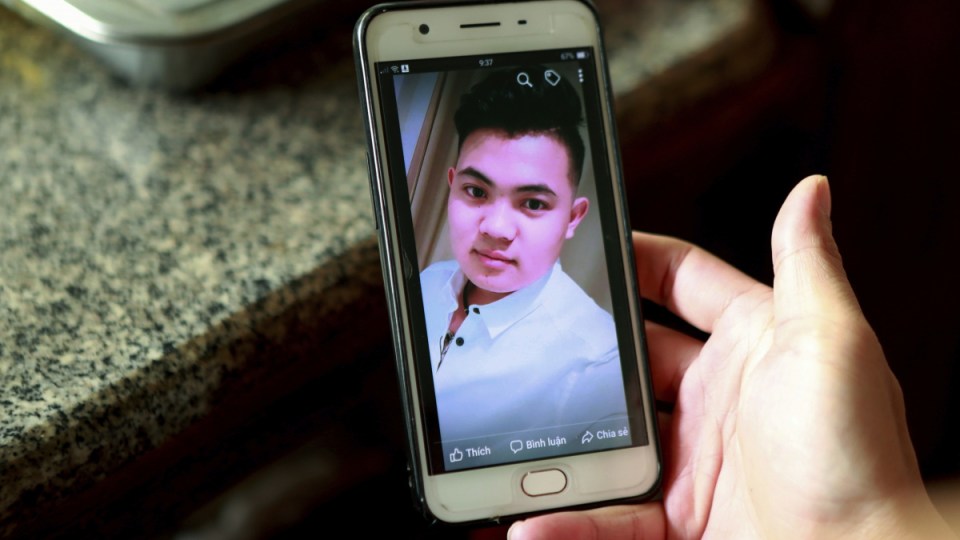 Hoang Van Tiep, from Dien Thinh village, Nghe An province, is one of 10 teenagers found dead inside the truck. Photo: AAP

Three teenage boys were among the 39 Vietnamese nationals found dead in the back of a truck near London last month.

British police have released all the victims’ names as consultations with Hanoi begin over how their bodies will be returned to Vietnam.

The 31 males and eight women were found in a truck container on an industrial estate in Essex, not far from docks on the River Thames, in the early hours of October 23.

Police announced on Friday they had completed the identification process with Vietnamese officials, revealing that nine of the victims were teenagers.

“This was an incredibly important process and our team has been working hard to bring answers to worried families who fear their loved one may be among those whose tragic journey ended on our shores,” Assistant Chief Constable Tim Smith said.

The Vietnamese and British governments are working out how to repatriate the bodies. The exact cause of the deaths has not yet been disclosed.

The victims were found not long after the container arrived in Britain from Zeebrugge in Belgium.

The refrigerated unit was picked up at Purfleet dock, east of London, while police believe the truck cab was driven over from Ireland.

The truck driver, from Northern Ireland, has been charged with 39 counts of manslaughter, conspiracy to traffic people, and money laundering.

A second man has been charged with the same offences and British authorities are now in the process of trying to extradite him from Dublin.

They are also hunting for two brothers from Northern Ireland, while Vietnamese police have arrested 10 people there in connection with the deaths.