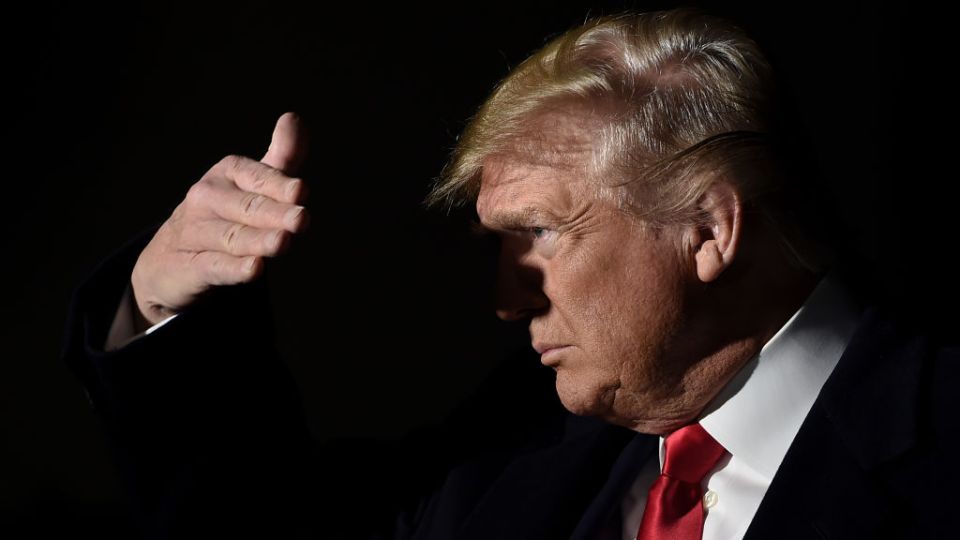 The impeachment hearings will be broadcast as the inquiry into Donald Trump's alleged misconduct moves into the next phase. Photo: Getty

The public will have front-row viewing of the case against Donald Trump with impeachment proceedings set to be broadcast on American TV.

Democrats have announced the first televised public hearings will begin next week, with grillings of three key witnesses.

It follows weeks of closed-door testimonies of more than a dozen officials at the centre of the Ukraine scandal which triggered the impeachment inquiry against the president.

House Intelligence Committee Chairman Adam Schiff, who is leading the probe, said people would be able to make up their own minds about the credibility of witnesses “but also to learn firsthand about the facts of the President’s misconduct”.

“We are getting an increasing appreciation for just what took place during the course of the last year,” Mr Schiff said.

“And the degree to which the President enlisted whole departments of government in the illicit aim to get Ukraine to dig up dirt on a political opponent.”

The impeachment inquiry has been gathering facts on whether Mr Trump and his agents pressured Ukrainian President Volodymyr Zelensky to open a probe into Joe Biden – the president’s political rival – in return for military aid.

Despite the president’s daily denials an claims of a witch hunt, Mr Schiff said witnesses would show that “the most important facts are largely not contested” in the inquiry.

Thank you to Kurt Volker, U.S. Envoy to Ukraine, who said in his Congressional Testimony, just released, “You asked what conversations did I have about that quid pro quo, et cetra. NONE, because I didn’t know there was a quid pro quo.” Witch Hunt!

Each has already provided explosive closed-door testimonies including Mr Taylor who has told the inquiry Mr Trump wanted Ukraine to investigate former US Vice-President Joe Biden.

Ms Yovanovitch was ousted from her position as US ambassador to Ukraine in May at Mr Trump’s direction before his alleged campaign  – spear-headed by his personal lawyer Rudy Giuliani – to extract a quid pro quo from the Ukrainian president.

Earlier this week another high-ranking official, the US ambassador to the EU Gordon Sondland, reversed his earlier testimony to confirm he knew military aid was withheld while pressuring Ukraine to investigate Joe Biden.

Democrats said they had enough material to move forward with public impeachment hearings, marking a transition from fact-finding to the next phase of the inquiry.

The televised hearings would likely lead to articles of impeachment – formal charges – against Mr Trump being brought to a vote in the House.

If the House votes to approve the articles of impeachment, the Republican-controlled Senate would then hold a trial on whether to remove Mr Trump from office.

However, Senate Republicans have so far shown little appetite for removing the president.

US Republicans may add a leading Trump ally to the committee, Representative Jim Jordan, to strengthen their defences.

Mr Jordan has been a near constant attendee at the closed-door depositions of witnesses talking frequently to reporters afterwards and defending the president on television.

He has said he is willing to serve on the intelligence panel.

“I want to help the country see the truth here, that President Trump didn’t do anything wrong. And what the Democrats are doing is partisan, it’s unfair and frankly, it’s ridiculous,” Mr Jordan said on Fox & Friends.