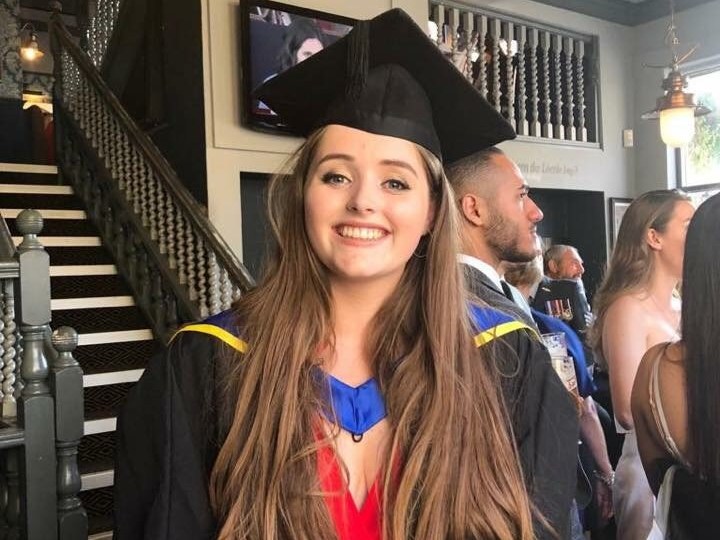 The New Zealand man who murdered backpacker Grace Millane after meeting her on a dating app has also been convicted of other violent offences against women. Photo: AAP

The jury in the trial of a New Zealand man accused of strangling British backpacker Grace Millane has been shown a significant amount of security footage from bars where the two drank and kissed prior to her death.

Ms Millane, from Wickford, Essex, was on a round-the-world trip when she arrived in Auckland last November and went on a Tinder date with the 27-year-old man now accused of her murder.

Detective Adam Bicknell told Auckland High Court that “just short of six terabytes of data, which is a significant amount” was examined from licensed venues, street cameras and the hotel where it is alleged Ms Millane was killed.

The court was shown security footage of Ms Millane leaving Base Backpackers hostel and walking to nearby Sky City, where she met the defendant, who can’t be named for legal reasons, and embraced him.

They went inside to Andy’s Burgers & Bar, where they drank together before departing to drink some jugs of sangria at Mexican Cafe.

Ms Millane is shown resting her chin briefly on the defendant’s shoulder as he pays for their drinks at the cafe.

Cameras on the street show the pair then walking and intermittently holding hands on the way to Bluestone Room, where they sit at a table inside the front door.

They spend just over an hour at the venue, during which time the defendant leans across and kisses Ms Millane lightly, before then putting his hand on the back of her head and kissing her in a more sustained manner.

They continue kissing and talking for a while, then leave and walk arm-in-arm down the street and into the lobby of CityLife at 9.40pm.

They enter the lift and Ms Millane follows the accused out of the lift at 9.41pm to his apartment on the third floor.

It is the last time she is seen alive.

The Crown has alleged that the defendant strangled Ms Millane during rough sexual intercourse.

The defence claims the death, on either December 1 or December 2, 2018, the date of Ms Millane’s 22nd birthday, was accidental.

Phone records allegedly showed the defendant had searched online for “the hottest fire”, “large bags near me” and “Waitakere Ranges” – where Ms Millane’s body was later found contorted inside a suitcase – before going on another Tinder date later that day.