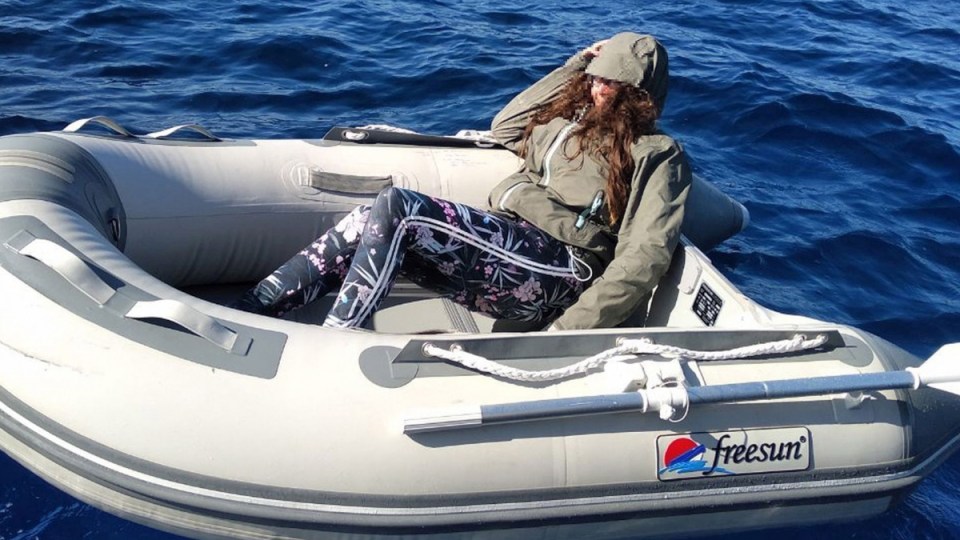 The woman was adrift for two days after she set out to get supplies. Photo: EPA/Greek Coast Guard

Greece’s coastguard has rescued a 47-year old woman floating in a rubber dinghy in the Aegean Sea for nearly two days.

The woman, holidaying on a sailboat near the Greek island of Folegandros, boarded an inflatable boat around midday on November 1 to get supplies. A day later, Greek authorities were alerted that she was missing.

They found her in the boat on Sunday morning about 40 nautical miles southwest of Folegandros, close to the island of Crete. Seven coastguard vessels, three private boats, a plane, and a helicopter were involved in the search operation.

“I was blown away, blown away in my dinghy,” she said on Tuesday as she disembarked a coastguard vessel at the port of Iraklion, on Crete, where she received medical care as a precaution.

Local media reported that she is an experienced sailor from New Zealand.

While out at sea she relied on lollies for a meal, a coastguard official said without disclosing her identity or further details.