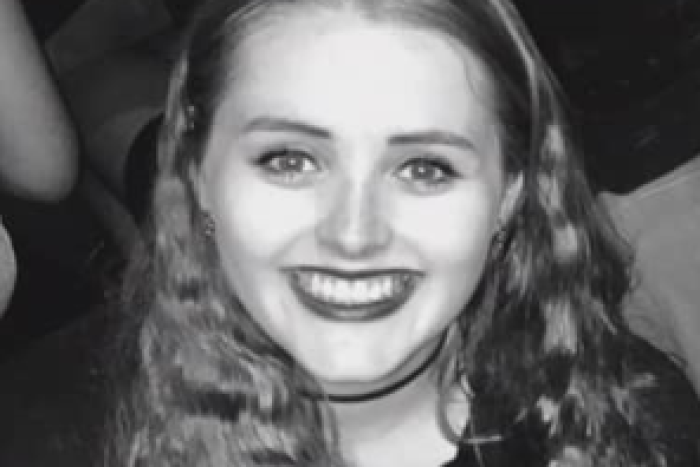 Grace Millane was staying at a backpacker hostel when she went missing. Image: Facebook (David Millane)

Grace Millane’s father wiped aside a tear as he heard his daughter’s body was found twisted inside a suitcase “in the foetal position” a week after the British backpacker went missing.

The young woman from Wickford, Essex, was on a round-the-world trip when she arrived in New Zealand last November and went on a Tinder date with the man now accused of her murder.

The Crown alleged in Auckland High Court that the 27-year-old defendant, who cannot be named for legal reasons, strangled Millane during rough sex at his apartment in the centre of the city

The defence claims the death, on either December 1 or December 2, 2018, the date of Millane’s 22nd birthday, was accidental.

Crown prosecutor Robin McCoubrey countered that, saying: “strangling someone to death with your hands isn’t inadvertent – all of the evidence points away from an accident”.

The defendant allegedly first told police that the pair met for a drink then parted ways, but later admitted they engaged in rough sex involving biting and hitting which finished on the floor.

However, he insisted he did not realise she had died and had a shower before going back to bed.

“‘I woke up the next day and saw that she was lying on the floor. I saw that she had blood coming from her nose’,” McCoubrey quoted the defendant as saying.

The prosecution claimed phone records showed the defendant had looked at pornography online multiple times after Millane died and took seven intimate photographs of her body.

The records also allegedly showed he had searched online for “Waitakere Ranges” where her body was later found in the suitcase – before going on another Tinder date later that day.

He then hired a professional carpet cleaning device.

“If something had gone wrong, or someone fell unconscious and it was an accident, you’d expect someone to call for emergency assistance,” McCoubrey said.

Security footage showed the accused bought the suitcase and later used a trolley to take it from his apartment to a hire car.

Millane’s remains were found inside the suitcase in a shallow grave off Scene Drive on December 9.

Defence barrister Ian Brookie said Millane “died as a result of what they consensually engaged in together”.

The death happened during “an act designed to enhance her sexual pleasure” and with Millane’s “knowledge and encouragement”.

The defendant wiped tears from his face as Brookie added: “While his actions may have caused her death, he is not to blame.

“This death was an accident.”

A pathologist told the jury of seven women and five men that the cause of death was “pressure to the neck”.

Gillian Millane, Grace’s mother, clutched a tissue over her mouth as Sin said that earrings and a small metal tag inscribed with the word “freedom” were also found inside the suitcase.

The trial continues and is expected to last five weeks.