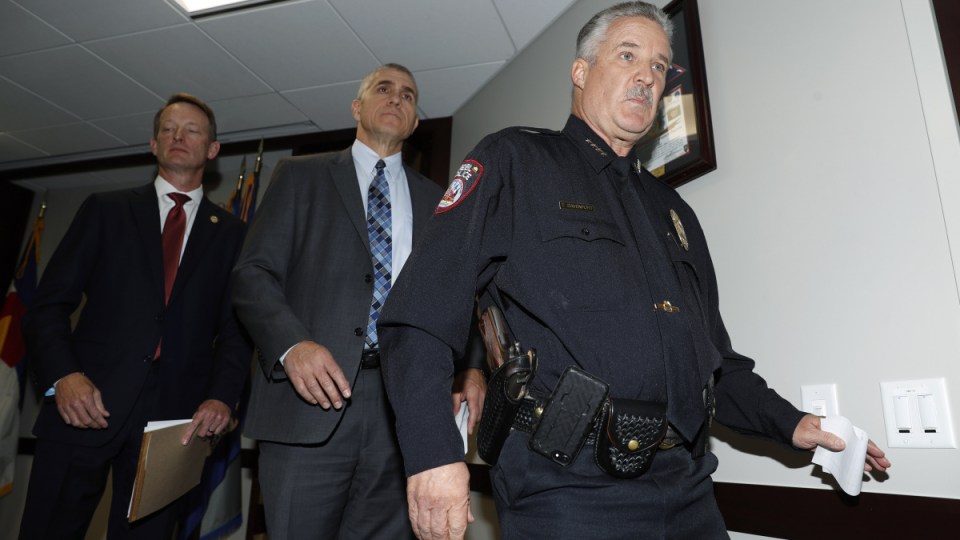 A man who repeatedly espoused anti-Semitic views has been arrested in a plot to bomb a historic Colorado synagogue, federal officials say.

The co-conspirators in the plot turned out to be undercover agents, who arrested the man shortly before he planned to bomb the synagogue early Saturday morning, according to court documents.

Richard Holzer was arrested Friday in Pueblo just after the agents brought him what he believed were two pipe bombs along with 14 sticks of dynamite to blow up Temple Emanuel. In fact, the explosives were incapable of causing damage, authorities said.

Holzer, 27, described what he thought were explosives as “absolutely gorgeous” and said they should go ahead with the attack overnight to avoid police, the court document said.

Holzer, who lives in Pueblo, briefly appeared in court on Monday in handcuffs and wearing the same grey polo shirt with a black collar he wore in his arrest photo.

He told US Magistrate, Judge Kristen Mix, that he understood the charge against him, and she scheduled his next court date for Thursday (local time).

Holzer was in federal custody in the Denver area, US Attorney’s Office for Colorado spokesman Jeff Dorschner said.

The foiled plot is the latest attempted attack against a synagogue in the US just over a year.

The FBI arrested a former member of the KKK who calls himself a skinhead today after he discussed plans to blow up a CO synagogue with an undercover agent. Richard Holzer also discussed contaminating the synagogue’s water supply with arsenic.
@jeffpeguescbs has the latest pic.twitter.com/GZ9Sp3kU1a

In October 2018, a shooting at the Tree of Life synagogue in Pittsburgh killed 11 people and became the deadliest attack on Jews in US history.

According to the Anti-Defamation League, Holzer’s arrest is the 13th time someone has been arrested for allegedly plotting attacks or making threats against the Jewish community since then.

In April, a woman was killed and three people were injured when a man opened fire inside a Southern California synagogue with an AR-15 military-style rifle.