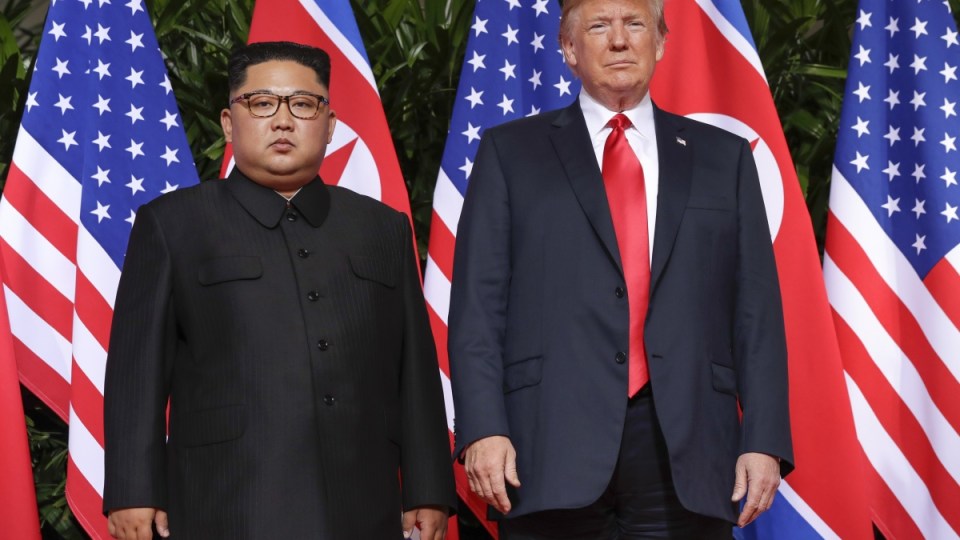 The US' redesignation of Pyongyang as a sponsor of terrorism is dimming prospects for nuclear diplomacy. Photo: AAP

North Korea says the US re-designation of Pyongyang as a sponsor of terrorism is dimming prospects for nuclear diplomacy between the countries.

The North’s statement comes as the country is escalating its pressures on the United States over a stalemate in nuclear negotiations.

Last week, North Korea test-fired projectiles from what it called a newly developed “super-large” multiple rocket launcher in the country’s first weapons test in about a month.

“This is an insult to and perfidy against a dialogue partner,” said the statement carried by state media on Tuesday.

“The channel of the dialogue between (North Korea) and the US is more and more narrowing” due to the US stance.

North Korea had been on the terrorism blacklist for two decades after its agents were blamed for the bombing of a South Korean airliner that killed 115 people in 1987.

It was delisted in 2008 as Washington tried to entice North Korea into a nuclear deal. But the Trump administration re-listed it in 2017, saying the North repeatedly supported acts of international terrorism.

The most glaring recent case was the assassination of Kim Jong Nam, the estranged half brother of leader Kim Jong Un, using VX nerve agent at a Malaysian airport in 2017.

Last year, North Korea and the United States launched on-and-off diplomacy on what terms North Korea would give up its advancing nuclear arsenal.

But the talks largely have stalled since the second summit between Mr Kim and President Donald Trump collapsed in February due to disputes over sanctions on North Korea.

Negotiators met in Stockholm last month but made no meaningful progress.

South Korea’s spy agency told lawmakers in a closed-door meeting Monday it expects the US-North Korea talks to resume by early December at the latest, according to Lee Eun-jae, one of the lawmakers who attended the meeting.

North Korea has demanded the United States work out mutually acceptable proposals to salvage the nuclear diplomacy by year’s end.

Some experts say North Korea could perform more weapons tests in the coming weeks as it approaches the end-of-year deadline.