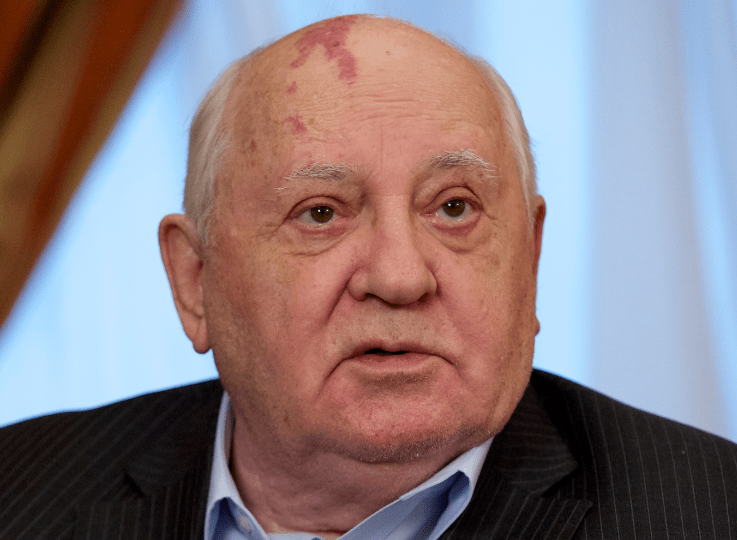 Soviet reformer Mikhail Gorbachev has warned in an interview that tension between Russia and Western nations, and the possibility that the two sides could abandon nuclear arms treaties, pose a “colossal danger.”

Mr Gorbachev, the final leader of the former Soviet Union, won the 1990 Nobel Peace Prize for his “leading role in the peace process” that led to the fall of the Berlin Wall and “brought the Cold War to a peaceful end.”

“As long as weapons of mass destruction exist, primarily nuclear weapons, the danger is colossal,” Mr Gorbachev told the BBC when asked whether recent tension could lead to confrontation.

“All nations should declare – all nations – that nuclear weapons must be destroyed,” he said. “This is to save ourselves and our planet.”

Despite many analysts claiming the Cold War ended after the collapse of the Soviet Union in 1991, Mr Gorbachev said the atmosphere between Russia and the West remains “chilly, but still a war.”

“Look at what’s happening. In different places there are skirmishes, there is shooting. Aircraft and ships are being sent here, there and everywhere,” he said. “This is not the kind of situation we want.”

Mr Gorbachev said his principle in late 1990, during the East German movement that led to the fall of the Berlin Wall, was that “there mustn’t be bloodshed.”

“We couldn’t allow that over an issue of such magnitude for Germany, for us, for Europe, for the whole world,” he said. “So we declared we wouldn’t interfere.”