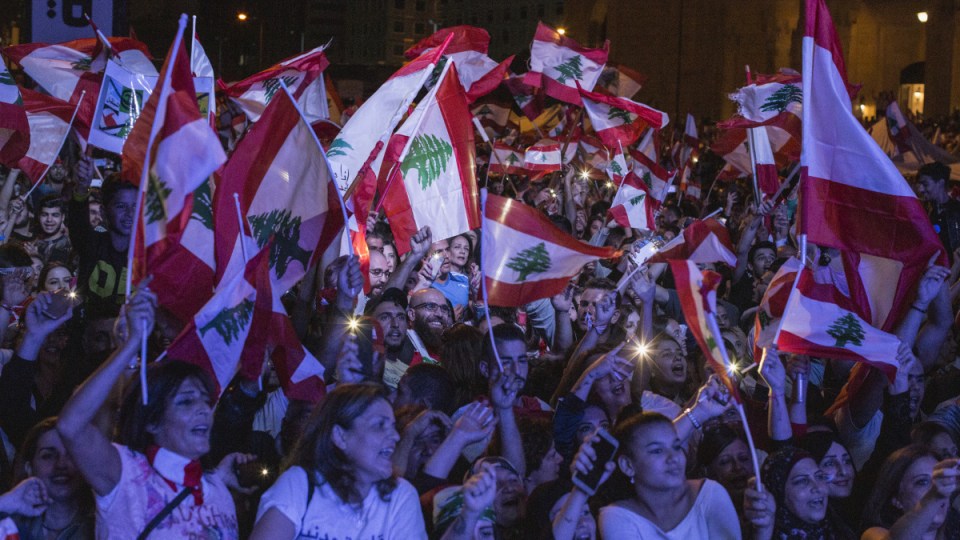 Protests against Lebanon's political regime and counter-protests supporting the government have been filling the streets of Beirut. Photo: Getty

Competing rallies have been held in Lebanon, with thousands flocking to the presidential palace in support of the president, and others gathering in Beirut aiming to sweep the country’s political elite from power,

The anti-government movement has united Lebanese from various religious sects, who are calling for the overthrow of the political system that has dominated the country since its 1975-1990 civil war.

Under that system, Lebanon’s president has to be a Maronite Christian, the parliament speaker a Shiite Muslim and the prime minister a Sunni. Cabinet and parliament seats are equally split between Muslims and Christians.

The agreement distributed power among Christians, Shiites and Sunnis, but led to decades of corruption and economic mismanagement culminating in a severe fiscal crisis.

They also called for a general strike on Monday to pressure political leaders.

Living in dignity is better than living under arms. Lebanon Revolution.❤#لبنان_ينتفض pic.twitter.com/7UcRzRpq7q

They were the largest protests in Beirut since Tuesday when scores of Hezbollah supporters ransacked an anti-government sit-in, injuring some of the demonstrators.

Mr Aoun called on his supporters to work with the anti-government protesters to end corruption and create a non-sectarian state, in remarks carried live on screens at the rally.

Thousands in competing protests in Lebanon