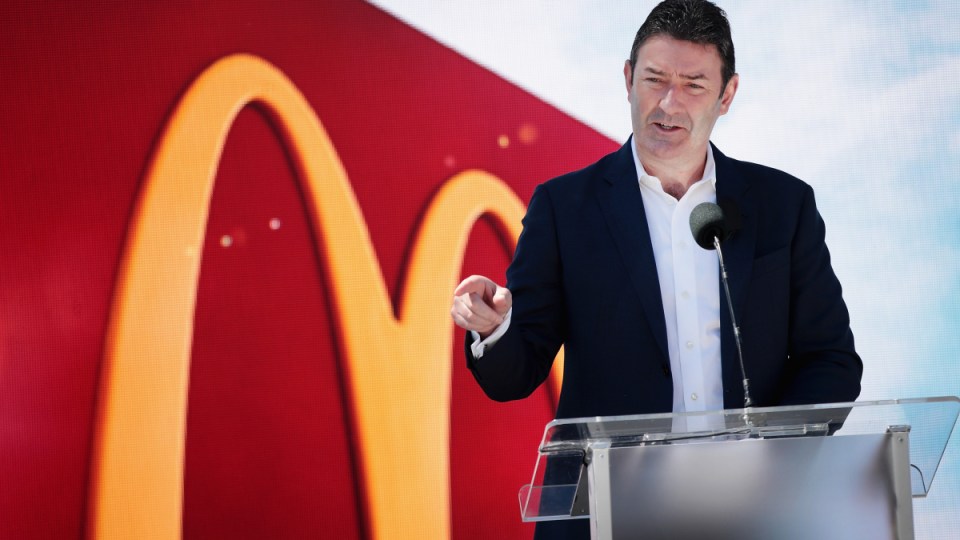 McDonald's CEO Steve Easterbrook has left his role after being found to have violated company policy. Photo: Getty

McDonald’s chief executive officer has left the company after engaging in a consensual relationship with an employee.

McDonald’s forbids managers from having romantic relationships with direct or indirect employees.

In an email to workers, Mr Easterbrook acknowledged he had a relationship with an employee and said it was a mistake.

“Given the values of the company, I agree with the board that it is time for me to move on,” Mr Easterbrook said in the email.

He will be replaced by Chris Kempczinski, president of McDonald’s USA, with immediate effect.

Mr Easterbrook, 52, who is divorced, joined McDonald’s in 1993 as a manager in London before working his way up the company.

He left in 2011 to become boss of Pizza Express and then Asian food chain Wagamama, before returning to McDonald’s in 2013, eventually becoming its head in the UK and northern Europe.

He was appointed chief executive of McDonald’s Corporation in 2015.

Details of his separation package will be released on Monday in a federal filing, according to a company spokesperson.

The board of directors named Chris Kempczinski, who recently served as president of McDonald’s USA, as its new president and CEO.