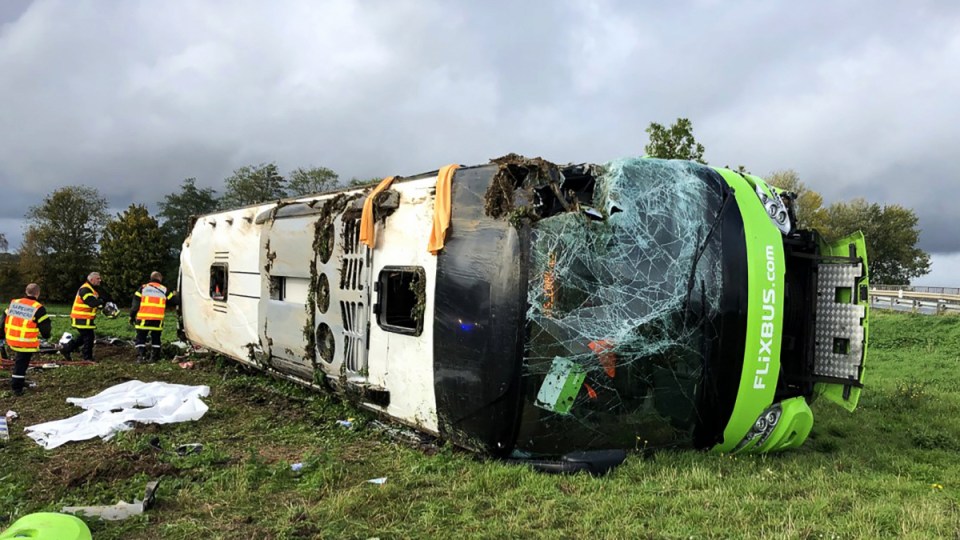 The site of the Flixbus crash near Berny-en-Santerre, northern France. Photo: Getty

Four people have been seriously injured and dozens more hurt after a tourist bus flipped in France.

Australian travellers were among the passengers on board the budget service that was heading from Paris to London.

A French newspaper is reporting the coach overturned after skidding on a wet highway near the town of Berny-en-Santerrethe, in the northern Somme region, in the early hours of Monday (Australian time).

Pictures from the scene showed the bus on its side with the windows smashed.

FlixBus, a German company, offers cross-country bus trips at low prices and has become a popular travel choice for Australian backpackers on a budget.

The Courrier Picard newspaper reported that the bus skidded during a curve on the wet highway, before crashing into a barrier and overturning on the side of the road.

At least one Australian was on board.

Other passengers on the FlixBus were from the US, Spain, the Netherlands, Romania, Russia, Britain and France.

At least four of the 33 people have been seriously injured while the rest are being treated for minor wounds.

Victims were taken to Amiens Hospital and several other regional facilities.

Australians among 33 hurt in bus crash in France