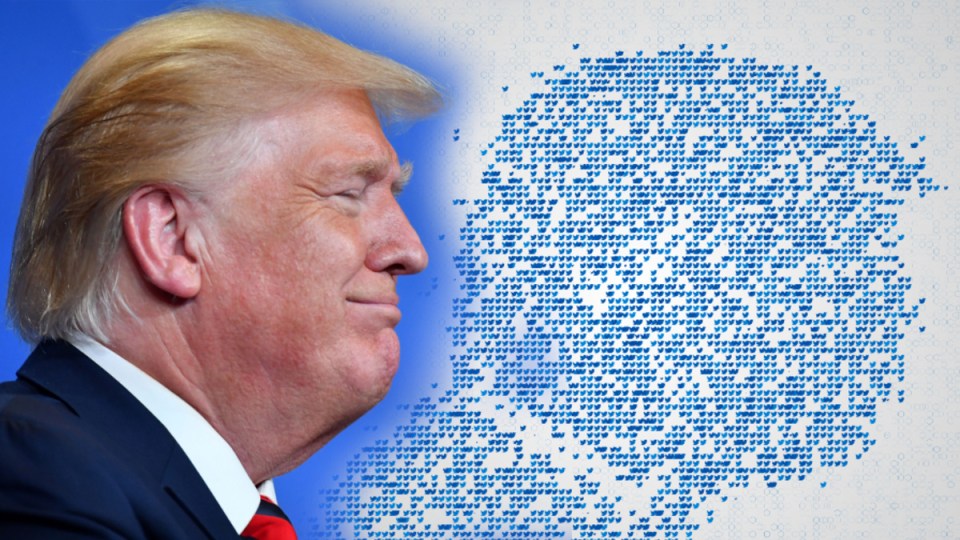 Wonder how many ‘fleeting thoughts’ outgoing US president Donald Trump will post a day? Photo: Getty

Donald Trump has exploited social media like no other US president, using it as a springboard to change policy, as a cudgel against critics and as an outlet for self-affirmation.

Along the way, he has lent credibility to unsavoury Twitter accounts through his habit of retweeting posts that catch his attention, seemingly without regard for who is behind them or their motives.

In three articles, The New York Times analysed Trump’s posts, studied the accounts he follows and interviewed dozens of administration officials, lawmakers, Twitter executives and ordinary Americans caught up in his tweets.

Here are some of the findings.

Over half of the president’s more than 11,000 tweets are attacks, aimed at everything and everyone from the Russia investigation and the Federal Reserve to black football players and Amazon’s founder Jeff Bezos. But in more than 2000 tweets, Trump has cited one person for praise: Himself.

Staff wanted his tweets on a 15-minute delay

Early in Mr Trump’s presidency, The New York Times learned, top aides discussed asking Twitter to impose a 15-minute delay on his account, not unlike the five-second naughty-word system used by television networks. But they quickly abandoned the idea after recognising the political peril if the idea leaked to the press — or to their boss.

Twitter accounts tied to state-sponsored propaganda operations in China, Iran and Russia have directed thousands of posts at Mr Trump. The accounts frequently promoted conspiracy theories or support for Mr Trump’s policies. One wrote, “We love you Mr. President!” Mr Trump retweeted it.

Trump’s retweets have given a boost to extremists

The president has retweeted at least 145 unverified accounts that push conspiracy or extremist content, including more than two dozen that have since been suspended by Twitter. Among them are white nationalists, anti-Muslim bigots and adherents of QAnon, a conspiracy theory involving satanic pedophiles and the “deep state” whose followers have been labelled a potential domestic terror threat by the FBI.

Much of the questionable material Mr Trump recirculates comes from the steady flow of tweets, about 1000 per minute, that tag his handle. But it also comes from the tiny number of accounts that Mr Trump follows and that make up his curated feed – just 47 at present, most of them members of his family, celebrities, Fox News hosts or Republican politicians. Some of those people, in turn, follow Twitter accounts that promote QAnon, express anti-Islam attitudes or espouse white nationalist views.

That’s because he doesn’t like to wear the reading glasses he needs to see his iPhone screen. Instead, the president dictates tweets to Dan Scavino, the White House social media director. Sometimes, Mr Scavino prints out suggested tweets in extra-large fonts for Mr Trump to sign off on.

Mornings are for tweeting

Mr Trump’s Twitter habit is most intense at the start of the day, when he is in the White House residence, often watching Fox News, scrolling through his Twitter mentions and turning the platform into what one aide called the “ultimate weapon of mass dissemination”. Nearly half of his “attack tweets” were sent between 6am and 10am, time that he spends mostly without advisers present.

The president has bragged 183 times about his crowd size or applause at events; attacked immigrants 570 times; praised dictators 132 times; and called the news media the “enemy of the people” 36 times. On 16 occasions, Mr Trump referred to himself as everyone’s “favourite president”.

According to data from YouGov, which polls about each of the president’s tweets, some of the topics on which Mr Trump gets the most “likes” and retweets – jabs at the NFL, posts about the special counsel’s investigation, unfounded allegations of widespread voter fraud – poll poorly with the general public.