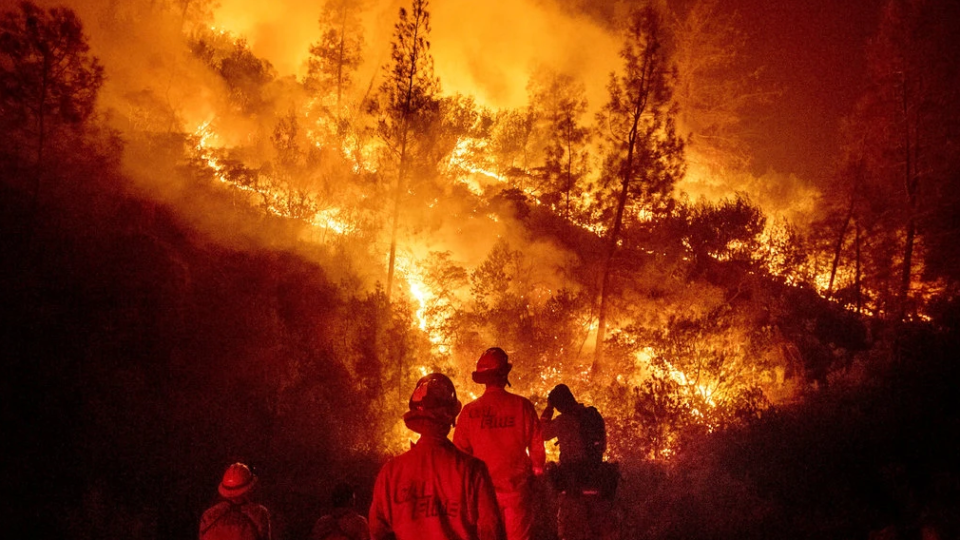 Walls of flames have been scouring California for months. Photo: AP

Exhausted California firefighters are locked in a game of whack-a-mole with the wildfires that have ravaged the state, subduing some blazes only to be confronted by fresh outbreaks.

The latest uncontrolled inferno is burning west of Los Angeles, but other large fires fanned by winds and accelerated by dry conditions during the week are almost completely extinguished, authorities say.

Evacuation orders are still in effect for people west of Los Angeles affected by the Maria fire, which broke out Thursday in Ventura County, the California Department of Forestry and Fire Protection said.

The National Weather Service extended a red flag warning through 6pm on Saturday for areas in near the Maria fire. Wind gusts between 40 and 56km/h were possible over some valleys and interior mountains, the NWS said.

The Los Angeles Fire Department said the Getty fire, another blaze west of the city, was 79 per cent contained by Saturday and most evacuation orders had been lifted.

The Kincade fire burning in northern California, the largest of the current active fires, was 72 per cent contained on Saturday after burning for more than 30,000 hectares in the 10 days, Calfire said.

Fire officials also warned about drones, saying they can cause a fatal accident if they collide with low-flying firefighting aircraft.

“In most situations, if drones are spotted near a fire, firefighting aircraft must land for safety concerns and firefighters cannot do their job. If you fly, we can’t!” firefighters tweeted.

Residents of the state also have dealt with intentional power outages that the main electrical provider said are necessary to prevent downed wires igniting dry vegetation.