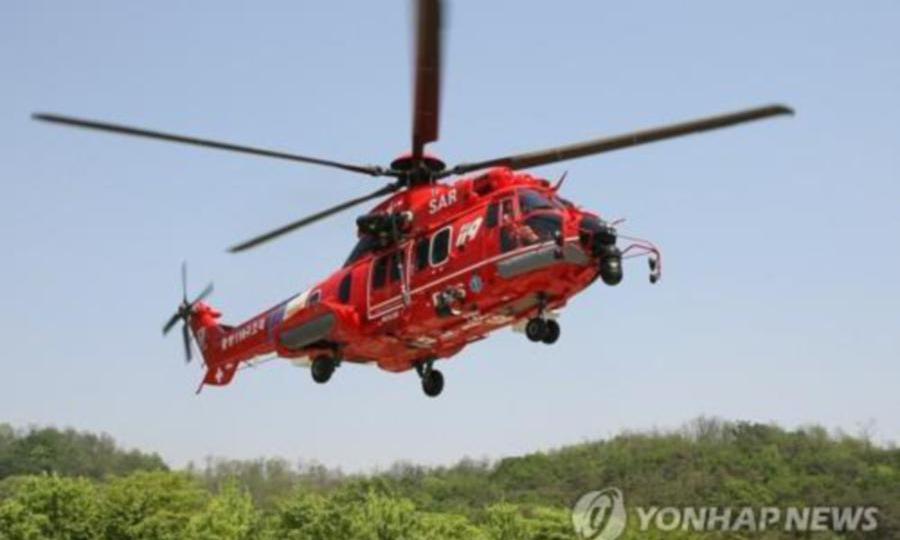 Yonhap News says an injured man from a fishing boat, a friend and five rescuers were on board. Photo: Yonhap News

South Korea’s coastguard, defence planes and private vessels are currently searching for survivors after a helicopter with seven people on board crashed in the sea.

Officials said the South Korean fire department helicopter crashed into the sea off the disputed islets of Dokdo about 11.30pm on Thursday local time.

The coastguard and private boats are searching the area for survivors while the defence ministry has also sent vessels, planes and divers to help with the rescue, Yonhap news agency said.

The helicopter, which was carrying a patient to a hospital on the South Korean mainland, crashed shortly after taking off from Dokdo, an official at Gyeongbuk Fire Service Headquarters said.

The islets, which both South Korea and Japan claim as their territory, are called Takeshima in Japanese. They are controlled by Seoul with a small band of coastguards.

South Korean helicopter with seven people on board crashes into sea